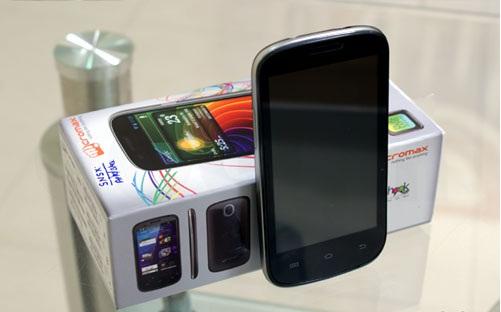 Technology advancement has occurred in leaps and bounds, India isn’t far behind in this sector too.. One can only begin to imagine how these Indian manufacturers, particularly Micromax and Karbonn can offer so much for so little money.

The Micromax A89 Ninja is a good budget Android smartphone that first made an appearance on the company’s website in late-January, though there was not any price tag available. From end of March 2013, retailers started to sell the product with a price tag of 6490/-

But is it worth picking over a similarly priced feature phone?

At first we would like you to know about the design this device is providing….

On first look, the phone doesn’t evoke any emotion. It more or less follows the same design language that we’ve seen in other budget Android phones from Micromax with rounded corners, chrome frame and plastic body.

but with a screen, three capacitive touch buttons(options, home, back), light sensor in the front surely makes the device a beautiful handset to buy!

The glossy back  features a 3-megapixel-camera lens surrounded by a chrome ring, towards the top and a speaker grill near the bottom. The power/screen lock key sits on the right side, while the volume rocker is located at the left. All buttons also sport the chrome finish. The micro-USB port and headset jack is at the top of the phone.

Now we come to the display part….

If you want to know about the display part in one sentence, it will be- Decent Display marred by poor viewing angles yet again (since the display is not IPS).

Though the phone comes with a 262k-colour capacitive touch screen sporting a resolution of 480×800 pixels. The phone offers pixel density of 233 ppi. 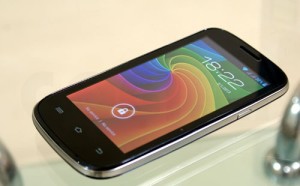 The phone comes with a 3 megapixel fixed camera on the back with a maximum resolution of 2048×1536 pixels.  We observed that pictures taken in low-light conditions and indoors were a bit grainy. Also we feel that color reproduction could have been better!

The quality of videos captured through the back camera was average.

Overall we felt that, the camera is good for casual photography.

Front camera or flash is not available in this phone. 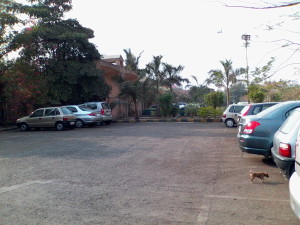 picture taken by MIcromax Ninja A89

The phone comes with some pre-installed apps from micromax and some built in games, which are mostly useless on our point of view.

Similar to any other ICS devices there are five customizable home screens which can be filled up by app shortcuts and with some built in widgets.

During our use of the phone we noticed some minor lag, especially while playing games, but other than that, we’d rate our overall experience as above average. We expected a bit more from a phone that runs on a dual-core processor. We’re not sure if the phone would get updated to Jelly Bean, which offers a smoother user experience compared to ICS. 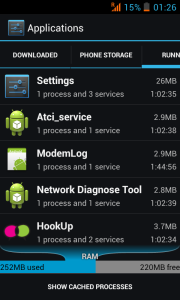 The phone is powered by a 1GHz dual-core processor that is a MediaTek chip, and has 512MB of RAM on board. We did not encounter any crashes while working on the phone and multitasking was comfortable. We did notice some lag while navigating through the menu, and while playing some games. We were not able to play 1020p HD video clips, and 720p clips also stuttered. The phone also doesn’t support .mov videos natively, but that can be easily fixed by downloading third-party video players.

The micromax ninja a89 runs by a modest 1450 mAh battery, which is one of the main pain point of this phone! The phone’s battery lasted for 7 to 8 hours with an intermediate usage during the day. But it’s worth mentioning that we had turned on GPRS and the phone was running on a 3G network! 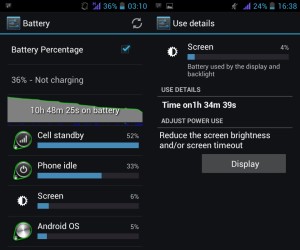 In the end, we would like to conclude by saying that, Micromax ninja A89 is a decent budget smartphone for anyone who wants to join the android family by not paying more than 6500/-. We hope Micromax will introduce more phones within this range with some better qualities!

Thank You for reading.