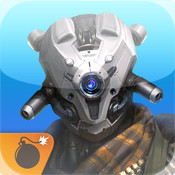 From the makers of #1 hits Kingdoms of Camelot™ and The Hobbit:™ Kingdoms of Middle-earth comes the most visually stunning 3D combat strategy game on mobile. Command fully controllable mechs to own the future!

Battle for dominance and fortify your stronghold in this dystopian combat strategy game set in the near future on Tenebri, a tidally locked planet orbiting a star distant from Earth. Dark District, a remote mining colony without daylight, became the epicenter of an amazing new source of energy. Communication with Earth was mysteriously lost and the city has exploded into chaos.

Build your district, train an army of mech units, and engage in visceral combat against conflicting factions. The control of Dark District’s rare resources determines the fate of the Tenebri.

► EXPERIENCE THE FUTURE NOW IN STUNNING 3D
The cityscape of this post-apocalyptic future has never looked so good! High fidelity battles ensue on your mobile device.

► BAND TOGETHER TO BE VICTORIOUS
Form an alliance with other players to seize power against other factions. A strategic partnership can raise you to the top of the leader boards.

2250AD – On the dark side of Tenebri, a tidally locked planet orbiting star distant from Earth, humanity discovered an amazing new source of energy called Hexium. A remote mining colony harnessed this resource. The people of this city without daylight called it Dark District.

This alien resource became even more energy efficient than previously believed, leading to a massive energy surplus and rapid growth of Dark District. Relationships with Earth grew as the two planets depended on each other’s resources. However, while technology flourished, communication with Earth was abruptly lost. All subsequent attempts at communication with Earth go unanswered. As Dark District exploded into panic and chaos, warlords emerged to seize power and claim their own territories.

You and your advisor, Amy Desai, have managed to hold onto a secure zone to protect your own and prepare for war. The fate of Dark District is in your hands. Will you emerge as the leader of Dark District and save Tenebri? 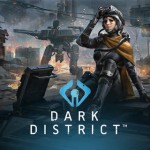 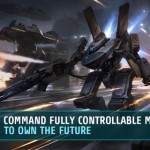 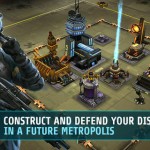 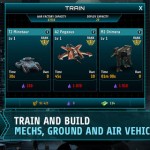 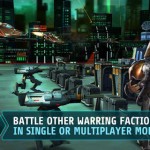