This game might remind you of the good old foosball on springs. Fortunately you don’t even need a metal playing field anymore – only the screen of your mobile phone or your tablet to enjoy a soccer game.In the game you may play with the computer or multiplayer with your friend.
To make it more interesting we placed mysterious boxes on the playing field that contain special power-ups!The story behind:

As it seems not all penguins are nice and come from Madagascar. Some of them live at a certain farm and their favorite thing to do is playing tricks on their distant cousins the chickens. However, just as them, their opponents aren’t typical domestic birds and won’t bury their heads in the sand. After another prank, in which the penguins stole the golden egg of the chickens, a confrontation cannot be avoided. Both teams meet on the packed earth (but not only) of the football ground to decide once and for all who the Top birds are, and who has to start looking for a new hen-house…
KEY FEATURES
—————-
★ Single Player vs. Artificial intelligence for FREE
★ Multiplayer option,
★ 1+5 stadium,
★ Gameplay & controll: nVidia PhysX,
★ PowerUps (effects the ball),
★ Multitouch to kick the ball,
★ Swipe & touch to steer a goalkeeper,
★ Tablets-friendly version,
★ Play to set number of goals,
★ Camera/steady mode, calibration
★ Original soundtrack
REVIEWS:
★ shineapp.com – A pretty cool version of foosball, we would definitely recommend this game as it will keep you entertained for a long time.
★ Mason O Brien: Good i like it. Pretty good.
★ Blaze Brown: Good game +graphics. 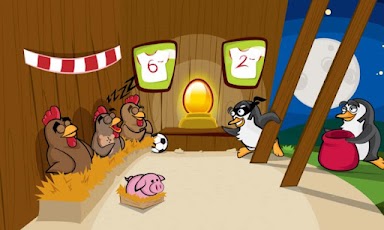 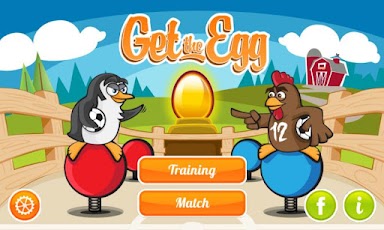 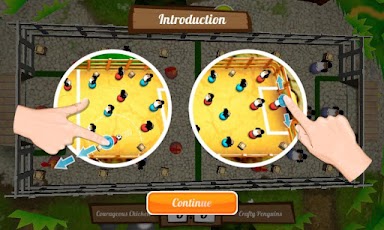 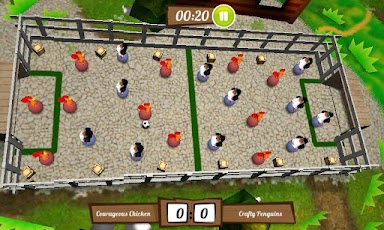