Knights & Dragons is an addictive combination of strategic combat and fantasy role-playing. Rise up and build your team of heroes from friends and players all over the world for deadly, fast-paced battles.Battle legendary monsters and lead your kingdom to victory! Join your friends to create an army and defeat epic bosses. Unlock hundreds of items, collect rare treasures and craft the ultimate set of armor!

• Free-to-play fantasy RPG
• Go on epic quests and adventures in uncharted realms
• Defeat legendary beasts in battle
• Team up with your friends for hours of gameplay
• Square off against players worldwide in weekly tournaments
• Unlock hundreds of knights, armor, gold, treasure, and more
• Craft the ultimate set of armor for victory
• Now supports devices running OS 2.3 Gingerbread above including tablets!

See what our players are saying about Knights & Dragons:

★★★★★
“This game is the best phone app game fully addictive and love the armour combos and pvp tournaments as well as bosses all thumbs up for this game.” 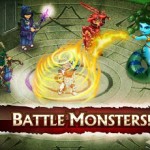 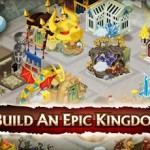 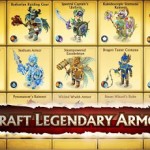 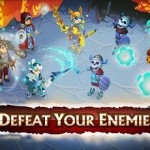