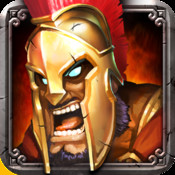 Harness the power of mythology’s greatest figures as you lead your army of blood-thirsty Spartans toward world domination! The world is waiting for a leader like you.

After rising to become the ultimate world force in the 5th century B.C., the world is colonized by Spartans but there is no peace. We were raised from birth to fight and conquer for honor and glory, and we will have it. The world is about to drenched in the blood of the brave. Let the Spartan Wars begin!

Build your city at the heart of your empire, expanding with barracks, soldiers, and blood or with academies, scouts, and embassies. Join thousands of players from around the world as you create alliances and contend with powerful forces across vast continents.

SUMMON POWERFUL GODS!
Zeus, Apollo, Athena, Hades and many more are awaiting to be summoned and harnessed to lay waste to your opponents across the Spartan continent.

CUSTOMIZE YOUR CITY!
Take the reigns and build your city as you see fit, growing your population and military prowess.

FIGHT EVIL, CAPTURE GLORY!
Defeat rival humans and evil forces on the map with wisdom and strategy. Take no prisoners.

COOPERATE & COMPETE WITH FRIENDS!
You can never underestimate the power of a friend at your back in Spartan Wars, to assist in your time of greatest need. Unite and win!

Spartan Wars Features:
– Compete in an arena of thousands of players around the world
– Train an army of blood-thirsty soldiers willing to do your bidding
– Strategically learn and activate over 100 different God abilities
– Locate and conquer barbarians on the boundless regional map
– Explore mysterious caves filled with treasure and unknown beasts
– Full support of the 16:9 displays on the iPhone 5

Game data is automatically stored online, but an internet connection is required to play. Compatible with iPhone 3GS though iPhone 5, iPod Touch 3rd & 4th generation, and all iPads. 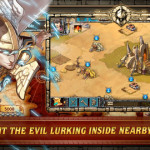 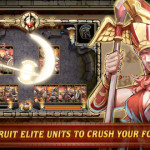 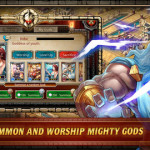 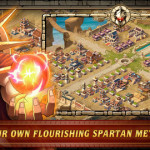 Here’s what’s in the 1.0.7 update, which includes a handful of bug fixes: