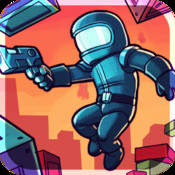 “4.5/5 Editors Choice Award: The Blocks Cometh resides at the bottom of the App Store pricing structure, and it’s worth far more than the $0.99 Halfbot is asking for it” – Gamerpro.com

“4/5 : The Blocks Cometh has style to spare, a superb tone, and a lot to share…” -TouchArcade.com

“4/5 : The Blocks Cometh easily ranks up there with the best of the best.” -GameZebo

“4/5: If you love games with a retro aesthetic, you’ll absolutely love The Blocks Cometh” -148apps.com

“for $0.99, it’s something every iPhone gamer should own!” -iPhoneAlley

The world is being destroyed. Help Blockman and his friends to survive as long as you can. Run, jump, and shoot and climb to top your highest score in this endless vertical climber. The Blocks Cometh is a game about dodging and climbing an endless series of falling blocks.

Featuring guest characters like Mr.Destructoid, the one and only Jim Sterling and The Agent from League of Evil. Plus so much More! 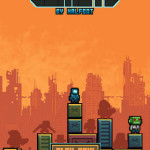 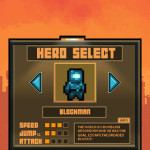 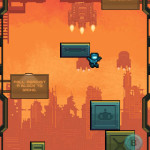