Age of Empire, one of the most highly praised online multiplayer strategy games available.★The #1 Android online strategy game
★The #1 Grossing Game on Google Play in 20 countries
★With over 10 million downloads from around the worldCOMMAND & CONQUER
★Build an Empire
★Gather resources
★Upgrade buildings and defenses
★Raise customizable armies
★Hire upgradeable Heroes to lead troops into battle
★Invade rival Empires to expand territory
★Make alliances with other players
★★Become the most renowned leader the world has ever seen

FEATURES & HIGHLIGHTS
★Defined Graphics: Integrated 3D technology provides a clear visual experience as players find new ways to wage war
★Involved Combat: Combat gameplay provides a fun and addicting way for players to level-up armies and heroes while expanding an Empire
★ In-depth Upgrades: Upgradeable buildings, defenses, armies, and heroes provide an in-depth experience that allows players to create an Empire unlike any others
★Player vs. Player: Scarce resources and rewards for victories pit players against one another and those with the best strategy wins

User REVIEWS
★ “Just want to let you know how great this game is. If you don’t think you are into strategy games this one will change your viewpoint. Give it a try it will be worth it I promise.”
★ “This is really addictive and complex. Best strategy game I have ever played on my phone! Really recommend trying this!”
★ “Very successful game with players from all around the world! Meet and make a lot of friends instantly and become part of a growing family.” 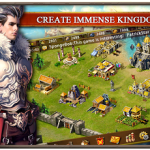 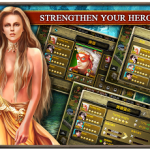 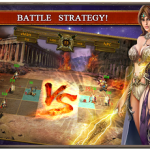 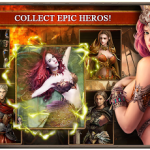 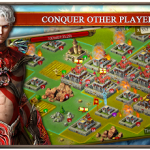