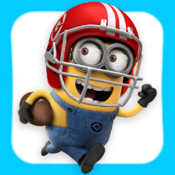 Gru’s loyal, yellow, gibberish-speaking Minions are ready for their toughest challenge in Despicable Me: Minion Rush. Play as a Minion and compete with others in hilarious, fast-paced challenges in order to impress your boss, (former?) super-villain Gru! Jump, fly, dodge obstacles, collect bananas, be mischievous, and defeat villains to earn the title of Minion of the Year!

ALL THE HEART AND HUMOR OF DESPICABLE ME
• Enjoy unpredictably hilarious Minion moments
• Perform despicable acts through hundreds of missions
• Run through iconic locations, which are full of surprises, secrets and tricky obstacles: Gru’s Lab, Gru’s Residential Area and El Macho’s Lair
• Customize your Minion with unique costumes, weapons, and power-ups
• Battle Vector, El Macho and an all-new villain exclusively created for the game

AN INNOVATIVE AND ORIGINAL GAME
• Encounter secret areas, unique boss fights and amazing power-ups
• Experience custom animation and voice overs, and state-of-the-art 3D graphics
• Enjoy multiple dynamic camera angles
• Engage in various bonus gameplays:
→ Destroy things as Mega Minion
→ Collect bananas riding the Fluffy Unicorn
→ Hang on to Gru’s Rocket for the ride of your life
• Have fun with your friends! See their best scores during your run, send them funny Minion taunts and challenges to show them who’s going to win Minion of the Year! 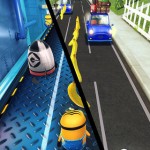 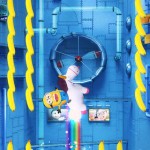 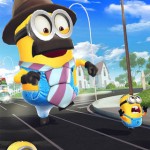 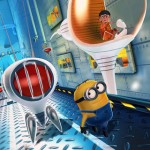 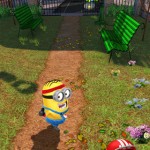 The Minions are ready for even more Despicable Actions in this new update!
– Run, Jump and Dodge obstacles through the Downtown area and see all your favorite spots from the Despicable Me movies!
– Explore a new secret area: The Bank of Evil!
– Sport some cool new costumes! Dress up as a Quarterback or Jogger Minion!
– Enjoy hilarious new Minion moments.
– Upgrade costumes to boost their power and get even more Despicable Points.
– Check out your friends’ profiles to see their best scores… so you can squash them!
– Complete loads of new missions and unlock new achievements.
– Overall fixes and system optimizations.