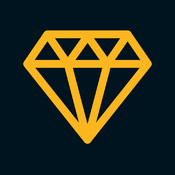 Genius, the official Rap Genius app for iOS, gives you instant access to annotated lyrics for millions of songs.

Have you ever been confused by a song’s lyrics? Or wondered what your favorite artist meant by a line? Now you’ll never have to worry about this (or anything) ever again! Genius breaks down lyrics with line-by-line annotations, many contributed by the artists themselves.

Annotations:
· Explain cryptic lines
· Reveal references and inside jokes
· Define unusual terms
· Break down technical aspects of songs
· Give context—how does a song fit in with the artist’s other work? With the genre as a whole?

FIND LYRICS FOR ANY SONG THAT’S PLAYING AROUND YOU

Just hold your phone up to the music, activate our Genius Recognition Technology™, and lo, the annotated lyrics appear!

FIND LYRICS FOR ALL THE SONGS IN YOUR ITUNES LIBRARY

THERE IS MORE TO LIFE—AND THE GENIUS APP—THAN LYRICS

Genius isn’t just a music app; it’s your pocket guide to human culture. So whether you’re looking for the true meaning of a line from The Great Gatsby, a breakdown of President Obama’s latest speech, or a guide to Matthew 25, we’ve got you. 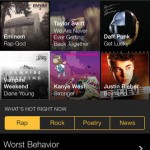 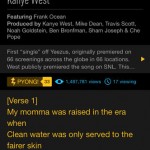 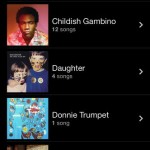 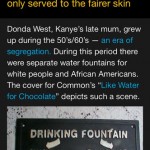 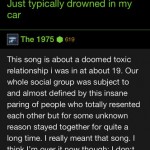 You must be at least 17 years old to download this app.