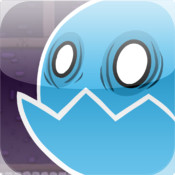 Spell words to fight your way through more than 30 stages in this addictive word game. Join Grimm on his amazing adventure through a world full of monsters and treasure!

Letter Quest: Grimm’s Journey features:
● Easy to pick up and play
● Upgrades, books, potions and special items to help you on your journey
● Leaderboards – compete with your friends
● 20+ monsters to fight
● Boss monsters with unique abilities
● More than 45 quests to complete
● Over 30 stages
● 42 Game Center achievements

Please note: the name of the game has been changed to Letter Quest: Grimm’s Journey. It is the same game as before (although we added lots of cool stuff!).

“You’d be silly not to check this game out, especially if you enjoy word games.” – Shaun Musgrave, Touch Arcade (4.5/5)

“Finally a word game that ranks up with the likes of LetterPress and Puzzlejuice.” – Joachim Klaeschen, www.stromstock.de (4.5/5)

“It’s a cool, relatively stress-free take on word games, and anyone who likes pushing letter tiles around should check it out.” – Evan Killham, Cult of Mac (5/5)

“If you’re a fan of word adventure type games, then this is a perfect addition to your collection this weekend.” – Christine Chan, App Advice (4.5/5)

“If you’re a fan of fun and fresh genre mashups such as Puzzle Quest, then you’ll want to enroll in this word-based side-scrolling RPG.” – Voted “Today’s Best App”, Casey Tschida, AppAdvice

“If you like word games and you like damaging scary monsters, you’ll love [Letter] Quest: Grimm’s Journey.” – Newsdesk, apple4ladies.com

“In a world where the average app is uninstalled 15 minutes after it is downloaded – [Letter] Quest is going to be installed on my devices for a long time.” – Shane R. Monroe, Green Robot Gamer

PLEASE NOTE: Letter Quest: Grimm’s Journey is free to play, but there are some items that can be purchased for real money. You can disable this feature by disabling in-app purchases in your device’s settings.

Found an issue while playing the game? Drop us a line at bugs at-symbol-goes-here baconbanditgames.com and we’ll look into it, post-haste! 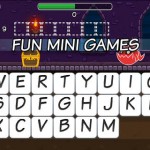 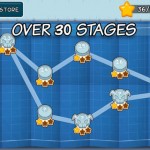 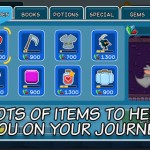 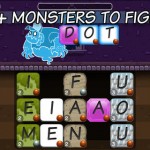