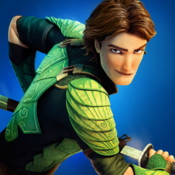 ***** Discover a hidden world unlike any other in the official game inspired by the 3D animated action-adventure movie! EPIC is in theaters now (U.S.)! *****

“There is probably no better way to become familiar with a film’s universe than in game form. In the case of Epic, the kingdom building genre lends itself well to helping establish an instant tie between core characters and the player.” – 148apps.com

“A completely immersive game that will continue to hold my attention well past the film’s sell date” – ArcadeSushi.com

Epic™ is free to download and play. You can open up bonus content for even more fun by purchasing premium currency. Premium currency costs real money.

* This game requires a Wi-Fi or 3G connection to play.

From the creators of ICE AGE and RIO, EPIC tells the story of an ongoing battle between the forces of good, who keep the natural world alive, and the forces of evil, who wish to destroy the life force of the forest.

Team up with the Leafmen, an elite band of samurai-style warriors, and interact with a crew of comical, larger-than-life characters directly from the film. Build your kingdom and help them save their world… and yours!

BATTLE TO PROTECT THE JINN KINGDOM
√ Defeat Boggan bosses with a final stand against their leader, Mandrake, in single-player campaign (PvE)
√ Train various Leafmen units to fight strategically in different battle locations, from Moonhaven all the way to the perilous Wrathwood

YOUR KINGDOM IS A SOCIAL WORLD
√ Connect with your friends and help them build their kingdom
√ Challenge other Leafmen armies, built by players around the world, in friendly feats of strength in multiplayer (PvP) battle mode 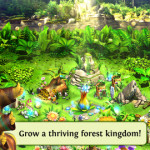 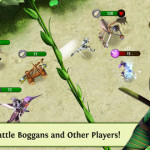 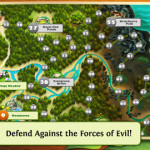 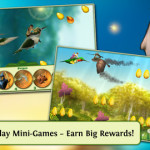