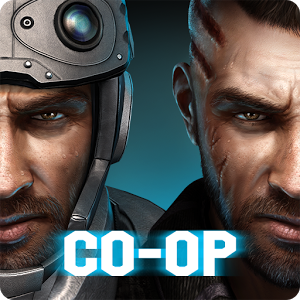 Step into the action of the audio-visual spectacle that is Overkill 3. Lead the Resistance into victory over the evil Faction forces and their brutal killing machines. Overkill 3 can be played offline.> NEW COOPERATIVE MULTIPLAYER MODE

Get your friend to play with you or hook up with new ones in the CHAT room. Team up and dominate the leaderboards together.

– Daily tournaments with special callsigns for everyone and even better callsigns for winners!
– Multiple reward system – unique callsigns, equipment and even Overkill Medals (use them to buy the best guns available!)
– Online profile to show your statistics & achievements
– Fast-paced multiplayer action with in-game chat system
– Lobby room with chat to find team-mates, tease your enemies and discuss strategy

Defend the Generator for as long as possible. The generator zaps your enemies with hi-voltage lightning!

Welcome to the future. It’s grim and dark. The ever oppressing Faction wants everyone to follow and obey. They will stop at nothing. People are scared. Demoralized. The few who fight back are painfully outnumbered.

But never lose hope. People just need someone to show them the way. Will you stand up for humanity and fight for its future?

> EPIC BOSS BATTLES & CINEMATICS
As you grow stronger and more dangerous, the Faction will do anything in their power to stop you. Prepare to face dreadful robots and mechanical horrors straight from your worst nightmares.

> 3RD PERSON SHOOTING WITH EASY CONTROLS DESIGNED FOR MOBILE
Get comfortable with easy to use controls designed for mobiles and focus all your attention on shooting.

> STATE OF THE ART NANO-SUITS
Get the protection every soldier deserves! Kickstart the Resistance’s armor research to protect yourself with futuristic bulletproof Nano-Suits.
To survive long enough and become the legendary Resistance leader you will need to master the art of deadly precision. Without it there will be no hero. Only bones left in the sand. Do you have what it takes? Or will you lose hope the second you see the face of your enemy? You will never know until you try. 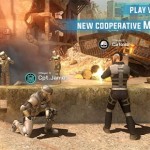 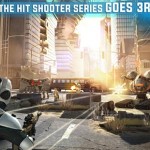 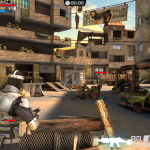 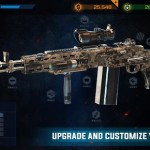 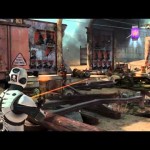 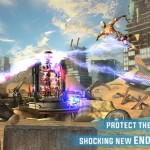 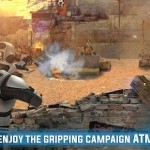 Time to let the holiday spirit rest for next year.
In this update:
-Nimbus controller support
-Fixed the occasional missing textures
-Bug fixes