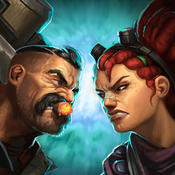 Aerena combines deeply strategic turn-based gameplay, character collecting and team building into a truly unique experience that’s built for gamers. Battle it out across an ever-changing range of arenas to destroy your enemies, knock their airships out of the sky and become a true Æther Master

Aerena’s powerful game engine has been especially optimized for mobile. Zoom in and out of the battlefield and savour the incredibly detailed combat animations.

Plan your strategy and prove your skills in against thousands of real-world online opponents. Join the League and climb up the tiers to win great prizes.

Build your team of Champions

Creating the right team determines victory or defeat on the battlefield. Champions each have their own way of attacking as well as truly unique abilities and special powers to make sure no battle is ever the same.

Earn in-game money and experience every day by taking on new challenges for endless replayability .

Designed to be played anytime, anywhere Aerena lets you jump into a match for a quick 10 minute gameplay fix at home or on the go.

Earn huge rewards to turn the tide of battle

Dominate your opponents to earn valuable experience and level up. Use cash you’ve earned to turn the battle in your favor with new Champions, airships and game-changing packs of Æther shells.

Adjust your strategy, defense tactics and your team to suit the arena that you’re playing on. Strategically placed tiles with special powers will help or hinder your progress. 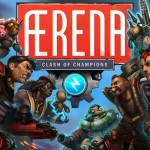 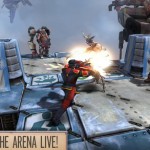 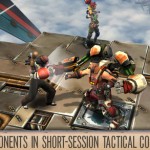 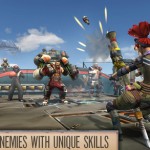 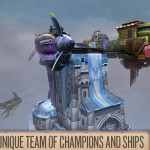 – Brand new game mode! SURVIVAL mode lets you fight against Moby Dick, a white whale ship with self-healing powers. Prove how many turns you can survive against this fearsome foe and reach the top of a new leaderboard with this survival score!

– New arena: Altar of Faith! This Children of God arena has been created by the winner of the community map creation contest and brings a unique layout with a special twist!