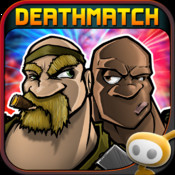 Don’t be a T.O.O.L… Enlist with the GUN BROS today!

The Freakishly Rugged Advanced Genetics Galactic Enforcement Division (AKA F.R.A.G.G.E.D) specializes in the development and deployment of superhuman special agents. Headed since its formation by the brilliant soldier-turned-scientist Mother Gun, its current roster consists of only two active field operatives, code-named Percy and Francis Gun. Their lifelong mission: to protect the cosmos from the Tyrannical Oppressors of Life known as T.O.O.L.

Like a super-powered fungus gone haywire, the evil T.O.O.L organization has grown from the dankest levels of the criminal underworld to spread its own brand of malevolent funk to every corner of the galaxy. Most recently, they’ve set their sights on harvesting the rare element Xplodium in an effort to create even more powerful weapons to enslave the universe… But not if the GUN BROS have anything to do about it!

REAL-TIME MULTIPLAYER OVER 3G or WiFi!!
Play with your Game Center friends, against your friends via deathmatch or with random people with voice chat to take your Gun Bros experience to a whole new level!

GAME CENTER & FACEBOOK ENABLED!
Form your own Brotherhood: Add your Game Center and Facebook friends to form your brotherhood- your brothers will help protect you and destroy the T.O.OL enemies. Every time a friend uses your Brother, you gain valuable experience to help your progress, even if you’re not currently in the game!

THE BROS LIKE BIG GUNS
Tons of insanely powerful Guns, Armor and other explosive power-ups to get your hands on in the F.R.A.G.G.E.D Armory.

WEAPON MASTERY
Get ready to become a true master of your awesome weapons. Earn up to a gold ranking for every weapon and get bonus XP each time you increase your weapon’s mastery rank

For troubleshooting tips, visit the forum at facebook.com/gunbros
The Glu Brotherhood are always working to give you bigger, better FREE game updates so make sure you download the latest update to check out the awesome new features.

Gun Bros is free to play, but you can choose to pay real money for some extra items, which will charge your iTunes account. You can disable in-app purchasing by adjusting your device settings. 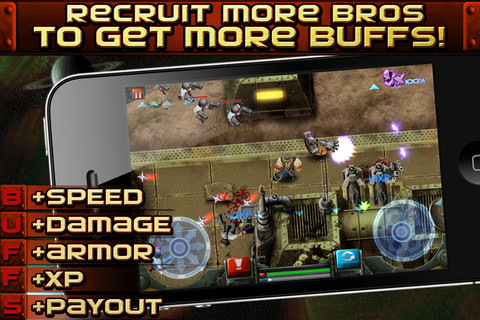 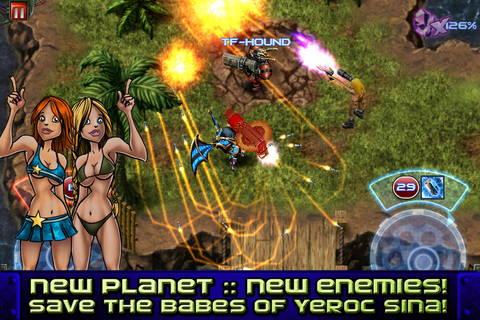 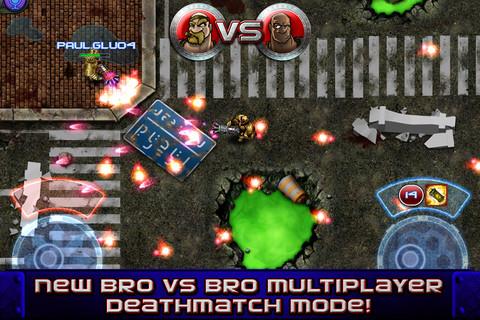 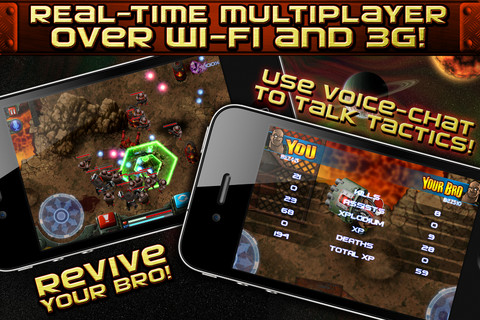 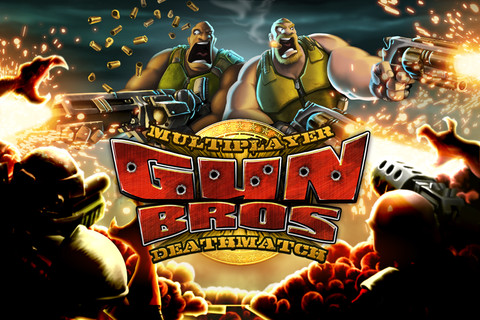 ➤ An amazing collection of hats!