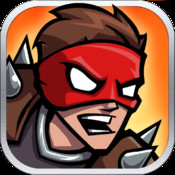 Lead your army to victory! HonorBound is an epic FREE RPG. Choose your squad as you battle and collect 100’s of heroes! Challenge 1000’s of players in the Arena! Take control of the battle as your heroes come alive!

Choose your style of play in the deepest game out there! Easy to pick up, impossible to master! Strategize on your squad’s composition of classes and take tactical control of the battle with powerful abilities! Your heroes come beautifully to life on fully animating rigs. Every detail matters in this beautiful game with killer sfx and music scored by Bobby Tahouri, whose music can be heard in HBO’s Game of Thrones.

For the latest HonorBound news, check us out at www.honorboundgame.com
Email [email protected] with any issues. We’ll help fix it!

Choose your commander and explore 150+ unique levels to stop the monsters of chaos from bringing the world to ruin! Unlock powerful ABILITIES, new SKILLS, and battle REAL players to prove you’re the most powerful hero in the realm! Play today!

FEATURES
– FREE TO PLAY
– Customize your army by choosing from 300+ different unit types – powerful knights, keen-eyed archers, tricky rogues, pious clerics, vicious warriors and wise wizards.
– Engage with a combat system that puts emphasis on strategy and action!
– Battle hundreds of different enemies, monsters, and demons! Think a particular monster is cool? Use powerful sorcery to catch them and turn them into an ally!
– Hone your Commander’s strength by defeating foes, researching the land’s secrets, and upgrading abilities!
– Take control of the castle to see the monsters and allies you’ve collected, upgrade your abilities, and unravel ancient mysteries!
– Harness the might of mana and deploy powerful magic in fantasy of vast proportions!
– Travel across a lush and vibrant world, filled with valiant allies, fearful foes and unnamed beings!
– Encounter rival players in your adventures and duel them for honor, valor and epic rewards!

WHAT OUR PLAYERS ARE SAYING
– “This game is crazy! Every time I think I’ve seen everything it’s got, something new pops up!”
– “HonorBound is a combo of Pokemon with Game of Thrones characters!”
– “It’s everything I want from my free RPG – some Warcraft, a dash of the Hobbit, a little Moshi, Camelot and Zelda rolled into one!”
– “I was playing on Saturday, and before I knew it, it was Tuesday.”
– “Totally blown away. Easily the best-looking game I’ve played in the last few months. Would never expect something this good to be free.”
– “Awesome characters. Awesome fighting. Awesome music. Awesome levels. This game is… awesome!!!”
– “Finally, a Final Fantasy-style mobile game that does the genre justice.”
– “This is the action rpg I’ve been waiting to play on my phone.”
– “The coolest artwork and heroes. Drool. I want to collect them all and dominate this mmo.”

STORY OVERVIEW
Enter the world of HonorBound and take your role as the hero of a gripping fantasy story!
You play as one of five epic heroes and fight to pull a land back from the brink of destruction. Are you a warrior? A rogue? A wizard, cleric or knight? The forces of chaos are laying siege to the realms. They will not stop until the world, and its people, lie in ashes. Ogres, orcs, dragons, even the dead themselves wander the land to spill the blood of the innocent.
Standing against them are the HonorBound. Champions of the gods, these legends each embody one of the five elements – fiery Terra, wild Primal, celestial Lunar, pure Spirit and shrouded Abyss. Every cycle, an incarnation of the HonorBound is sent to stop evil and then slumber to regain their strength.
But this cycle is different. This cycle is new.
Awakened early in a land already wracked by chaos, you must raise an army, rebuild your powers and bring peace to the realm before it is too late.

Will you answer the call?
You are by honor bound to save this world. Your name will be legend.
You need only begin. 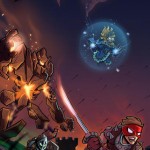 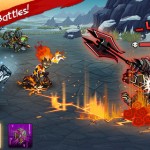 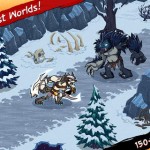 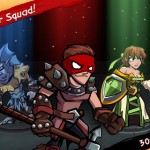 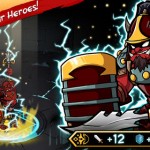