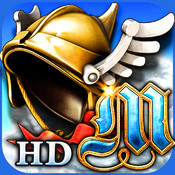 Popular tower defense game is back! Light Forces repulsed the attack of Dark Forces and passed to the offensive.
Now you fight on the dark side. Restore the balance between Light and Darkness! Build towers and traps using technologies of Orcs, Goblins and Necromancers.
Show your tactical skills combining various towers’ effects and using terrain features. Protect the stronghold of the Dark Forces from the onslaught of hostile armies of Light!

This is a free version that you can extend to the full version directly from the game menu (except this payment no additional payments required).

We hope that Light Forces commanders, who loved the first part of Myth Defense, will be pleasantly surprised by the innovations in this part:
• Enemies are now divided into classes: Live, Machine and Magic. Some towers affects only units of one class.
• Moving platforms on the battlefield where you can build towers. Platform with a tower will move as close as possible to enemy units and attack them.
• Some units (Dwarf and Paladin) wear armor. Armor absorbs 80% of low physical damage. Armor threshold is shown in the unit description which you can see by tapping on an enemy unit on the field. If tower causes more physical damage than the armor threshold, the armor breaks down and the unit gets full damage value. Armor doesn’t protect units from other types of damage (fire , magic, etc)
• Several fundamentally new towers:
– Fear Tower: scares enemy units, forcing them to run away from the tower for a while. One enemy can be scared only once (though some units are fearless).
– Cursed Tower: normally it shoots causing a base damage but can be charged with coins to temporarily multiply its power. If the health of the enemy unit does not exceed the base damage, the tower will kill it without spending extra-points. If the unit is strong tower will try to kill it, spending no more than enough extra-points.
– Jet Mace: shoots with a large spiked ball horizontally or vertically. It strikes several enemy units losing some destructive power each time. The ball continues to fly until it loses all the energy.
– Radioactive towers (Uranium and Plutonium): do not shoot, but continuously irradiates all units within damage radius. Golems and infected (by Plague or Poison Spider Tower) units are vulnerable to radiation. 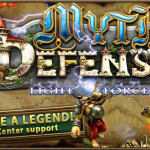 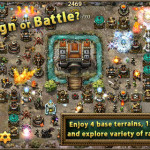 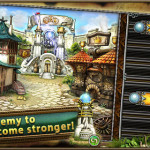 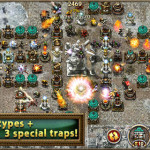 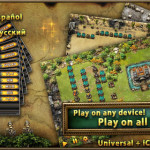