Selected by Indie Game Magazine as one of the best mobile arcade games of 2012!Hit the score targets and remove all ads for FREE!

★ Physics based destruction
★ Tons of fun mini-objectives
★ Insane powerups
★ Hit all the score targets and remove all ads for free!

A giant robot, built to destroy and subjugate the masses. Reprogrammed by an anonymous hacktivist to turn on your evil corporate creators, you are the Wall Street Titan. Clash with the military, crush cars & tanks! Occupy Wall Street with a giant robot fist!
★★ What is the press saying? ★★

★ “…Wall Street Titan manages to be a deep arcade shoot ’em up that just happens to have a cool modern-day premise to boot.”
Rating: 88/100, One of the best mobile action games of 2012
– Indie Game Magazine

★ “…the addictive arcade style action and sheer amount of fun destruction … makes this free title worth checking out.”
– SCI-FI-LONDON

★ “People, if we’ve learned anything from science fiction, it’s that you don’t build giant robots with the blind hope that you can control them. It never works out well for anyone.”
– AppAdvice.com

★ “…like Burnout Crash with none of the initial Crash and all of the ensuing explosions.”
– Hookshot, Inc.

★ “…prove your gaming skills, and disabled banner ads literally become your in-game reward.”
– The Escapist
★★★ Leave a review and suggest things you’d like to see and squash! ★★★

Check us out on YouTube – http://www.youtube.com/darktonicgames
Aggregated device data, including location, may be measured for the purposes of market research by Placed, Inc. 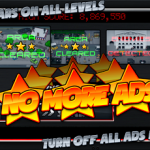 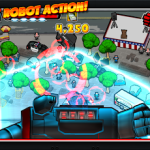 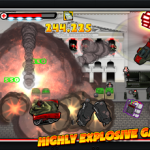 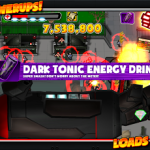 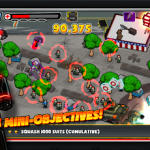