The invasion of Earth has begun!
Bad and Ugly aliens are setting up their bases in the heart of the tropical jungles of the planet and everything now seems lost… but fortunately the human race has Zambo on their side!

Zambo, the arsenal man, alone is worth a whole army! Equipped with bombs, pistol, machine gun, plasma gun, flamethrower and bazooka … is an unstoppable force! And what of his personal and powerful robot “the pulper” that he can drive in battle?

Who can stop Zambo? Perhaps the horde of horrible and slimy alien creatures from other worlds? The war has just begun, and the mission is to destroy all the cores of alien spacecrafts and eliminate the enemy.

The war has begun, play as Zambo and go down in battle now!!

– Complete missions and destroy all the alien spaceships!
– Equip a variety of weapons and smash to pieces all the monstrous enemies!
– Enter robot mode, become invulnerable and get the maximum firepower!
– 3D graphics of the highest quality and in Full HD!!!
– Collect coins to buy several items and power-ups in a well assorted virtual store!
– Supports Google Play Games: compete with players all around the world thanks to leaderboards and achievements!
– Supports both smartphones and tablets!

– Zombies After Me!
– Deadly Moto Racing 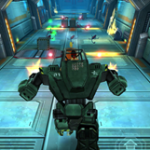 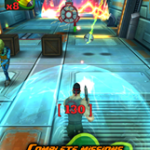 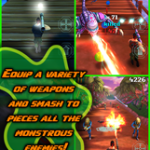 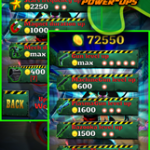