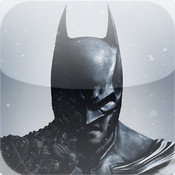 Prove your worth as Gotham’s Dark Knight when you face-off against a slew of ruthless assassins and their thugs in Batman Arkham Origins!

It’s Christmas Eve in Gotham and Blackmask has put out the hit: “One Night to Kill the Bat.” Play as Batman in his early years as you fight your way through Gotham City’s most dangerous locales in this Free-to-Play brawler by NetherRealm Studios

NEW COLLECTIONS
Scour the city and find Cowls, Belts, Batarangs, Capes and Armor! Collect them all to unlock and upgrade Batsuits.

SIMPLE AND INTUTIVE CONTROLS
Tap, Swipe and Block with two fingers to easily draw upon Batman’s arsenal of skills, stances, and gadgets

BATSUITS
Unlock 15+ alternate Batsuits as you progress through the game. Each suit provides different Health, Damage, and Speed configurations so you can tailor your attack towards eachunique opponent. Batman Beyond and JSA Liberty Files Batman are exclusive to the mobile game

CROSS CONSOLE UNLOCKS
Connect the mobilegame to the console version of Batman: Arkham Origins and unlock even more exclusive content that you can’t get anywhere else!

SKILLS AND STANCES
Level up Batman the way you want to play. More than 250 upgrades allow you to focus on Skills that are in effect at all times, Assault Stance for offensive moves, or Guarded Stance for defensive play

BOSS BATTLES
Survive the gangs of thugs, and then go toe-to-toe with Gotham’s worst in epic boss battles including Deathstroke, Copperhead, Deadshot, Bane and more… 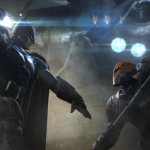 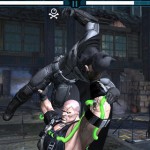 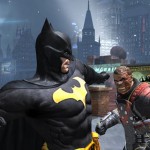 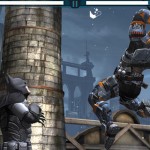 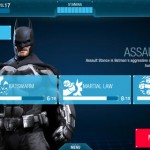