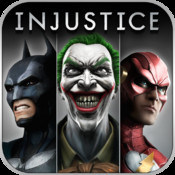 MASSIVE ROSTER
Collect and play as your favorite DC Comics icons such as Batman, Green Arrow, Cyborg, Harley Quinn, Nightwing, Superman, The Flash, Wonder Woman, Green Lantern and many others. With each alternate version of these iconic characters you get a new set of moves and a whole new fight.

AMAZING GRAPHICS
Delivers next-gen graphics on your phone or tablet, with custom animations for every single hero and villain. Take the battle to Arkham Asylum, the Batcave, and other iconic locales from DC Comics, fully rendered in 3D.

LEVEL UP
Build your move set, increase your powers and beat your competition. Constantly evolve your roster to fit your style of play and put your best team forward as you take on a series of combatants.

FIGHT!
Use the touch screen mechanics of the iPhone and iPad devices to battle your enemies in 3 on 3 combat. Swipe and tap to perform combos and build your power to pull off special attacks and super moves taken straight from the console version of the game. 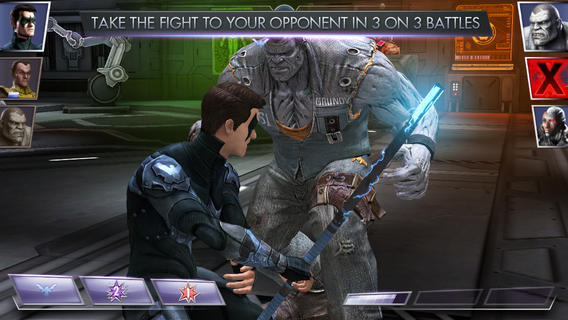 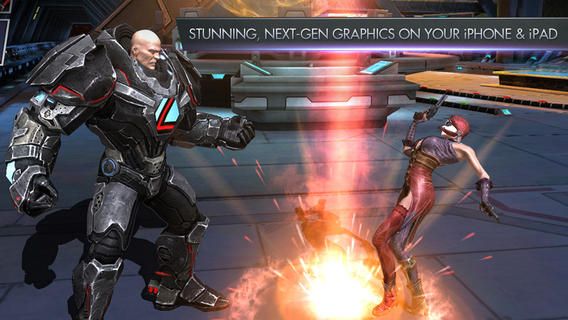 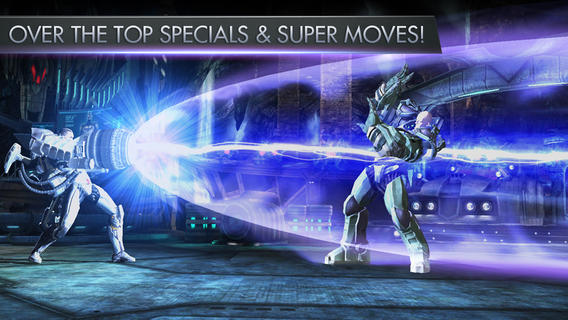 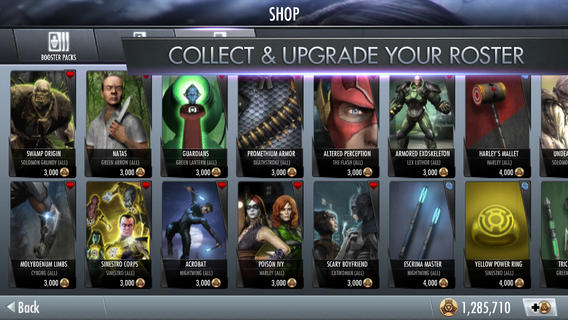 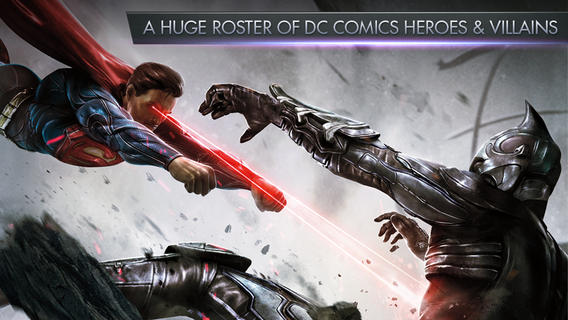 NEW CHALLENGE MODE & CHARACTERS
TEST YOUR SKILLS WITH NEW CHALLENGE MODE
Fight your way through all new Battles. Diversify and upgrade your roster to take on a whole new slate of challenges in this exciting mode.
NEW CHARACTERS AVAILABLE
New Skins are now available! Play Challenge Mode to unlock new cards and find out who joins your roster next.
SELL BACK CARDS AND ENHANCE YOUR ROSTER
Trade in your duplicate and underused cards for Power Credits.