Race down Shred Lord mountain as an avalanche chases after you. Ski between gates, dodge obstacles, discover the secrets of the mountain, and try making it all the way to the bottom.- The New Yorker’s iPhone Game of the Month for March 2014 -* Four mountain sections – the Top, the Forest, Yeti Valley, and the Totem Trials.
* The mountain changes with every run – never ski the same slopes twice.
* Collect pinecones on the mountain to unlock shortcuts, and purchase gear to help you survive the mountain’s many obstacles.
* Secret zones are scattered across the mountain, each holding a trophy for you to claim.

“If ‘The Big Lebowski’ had an alpine sequel, and that sequel were turned into a video game, it would be Dudeski.”
– Joshua Rothman, The New Yorker

“Dudeski pits your shredding skills to the test in a race against an avalanche—and totally nails the run.”
– Richard Moss, MacLife – (4.5/5) 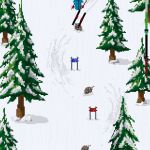 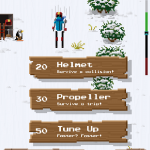 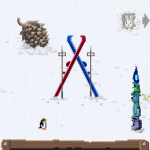 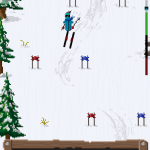 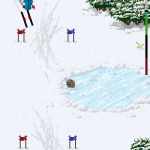 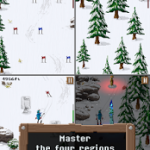 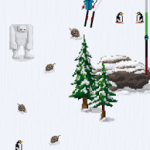 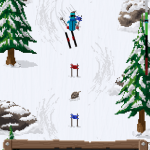 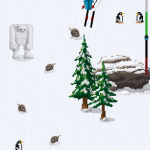 Benedict and Gerry here again! Sorry about the problems we had with Google Play login in previous versions, those should all be fixed now. We’ve also tweaked app permissions to be more in line with what the game actually needs! If you’re enjoying the game we’d love if you passed it on to your friends and gave us a rating.

Hope you’re having a great week. And happy spring (it snowed in Chicago today haha)!