★★★★★ Discover a hidden world unlike any other in the official game inspired by the 3D animated action-adventure movie! EPIC the movie comes to theatres near you on May 24 (U.S.)! ★★★★★Epic ™ is free to download and play. You can open up bonus content for even more fun by purchasing premium currency. Premium currency costs real money.From the creators of ICE AGE and RIO, EPIC tells the story of an ongoing battle between the forces of good, who keep the natural world alive, and the forces of evil, who wish to destroy the life force of the forest.In the official Epic game, team up with the Leafmen, an elite band of samurai style warriors, and interact with a crew of comical, larger-than-life characters directly from the movie. Build your kingdom and help them save their world… and yours!

BATTLE TO PROTECT THE JINN KINGDOM
✓Defeat Boggan bosses with a final last stand against their leader, Mandrake, in the game’s single-player campaign (PVE)
✓Train diverse Leafmen units to strategically fight in different battle locations from Moonhaven all the way to the perilous Wrathwood

YOUR KINGDOM IS A SOCIAL WORLD
✓ Connect with your friends through Facebook and help them grow their kingdom
✓Challenge other Leafmen armies, built by players around the world, in friendly feats of strength in online social multiplayer (PVP) battle mode

Perfect for both fans of Epic the movie and fans of free, casual, social, online multiplayer games and those who love tycoon, battle and adventure games.
Privacy Policy: http://www.gameloft.com/privacy-notice/
Official Movie Website: http://www.epicthemovie.com/
—-
Visit our official site at http://www.gameloft.com
Follow us on Twitter at http://glft.co/GameloftonTwitter or like us on Facebook athttp://facebook.com/Gameloft to get more info about all our upcoming titles.
Check out our videos and game trailers on http://www.youtube.com/Gameloft
Discover our blog at http://glft.co/Gameloft_Official_Blog for the inside scoop on everything Gameloft. 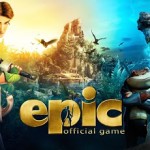 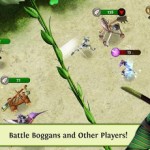 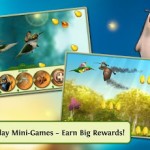 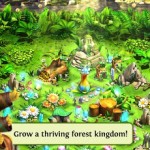 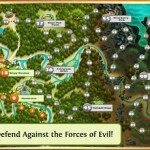