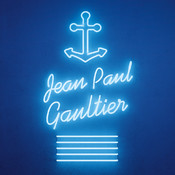 From conical corsets to Breton stripes, Jean Paul Gaultier’s irreverent and subversive style has won him legions of fashion fans for over 30 years. This is the first ever app to take a look at his colourful career and includes:

• exploration of key themes from the exhibition, with stunning photographs of Gaultier’s most iconic pieces, including Madonna’s conical bra and corset

• an introductory video from the man himself

• interviews with his muses and collaborators

With his avant-garde fashion creations and cutting-edge designs, Gaultier has shaped the look of fashion over the last 35 years. His reputation for witty and daring designs and a ceaseless interest in society, identity and a beauty borne of difference has earned him a place in fashion history. Through twists, transformations, transgressions and reinterpretations, he not only erases the boundaries between cultures but also the sexes, redefining the idea of androgyny or subverting fashion codes.

Download this app and use it as a multimedia guide before, during and after the exhibition. If you are unable to visit the exhibition, use it to explore the fashion world of Jean Paul Gaultier wherever you are.

‘The Fashion World of Jean Paul Gaultier: From the Sidewalk to the Catwalk’ is at the Barbican Centre, London, from 9 April 2014 to 25 August 2014. 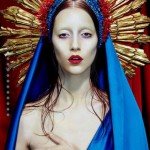 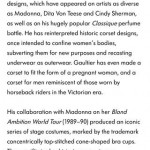 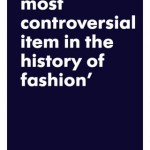 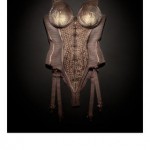 Some great new video and audio, including an introduction from the man himself.

A few usability and stability enhancements.