There are an estimated SEVEN BILLION people on Earth, a HUNDRED MILLION black market weapons, TEN MILLION bad guys, and against it all… FOUR ass-kicking, money-hungry mercs! Command the toughest squad in the world while taking on crime lords and corrupt dictators in this ruthless bullet-fest!When no one else can help, it’s time to call in… GUNS 4 HIRE!!

GET IN. WRECK IT. GET PAID.

– KILLER CREW! Combine the brutal combat skills of L.T., Faraday, Burns and Boomer: from heavy artillery to high explosives!
– AUTOMATED GUN TURRETS! Deploy anywhere to rain 360 degrees of armour-piercing pain!
– ANTI-PERSONNEL MINES! Throw down instant minefields to disrupt enemy attack!
– AIR STRIKES! Call in death from above for total devastation!
– DIVIDE AND CONQUER! Use squad tactics and single touch control to deal devastation to the insurgents!
– SUIT UP! Equip armoured apparel and head gear to boost damage resistance and kill in style!
– LOCK AND LOAD! Use the spoils of war to upgrade your handguns, flame throwers, miniguns and rocket launchers!
– WARFARE! Subdue your enemies in explosive missions of bullet-riddled carnage!

GUNS 4 HIRE is free to play, but you can choose to pay real money for some extra items, which will charge your Google Play account. You can disable in-app purchasing by adjusting your device settings.

Note: Your saved progress and all currency will be lost if you uninstall the game from your device. 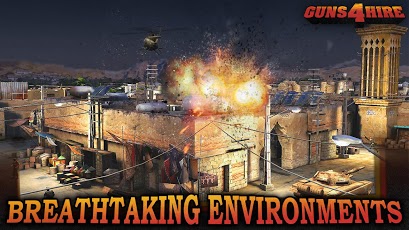 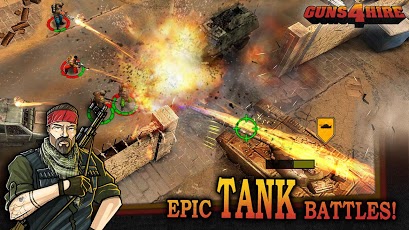 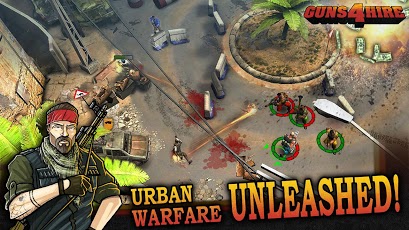 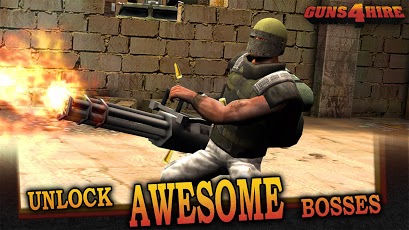 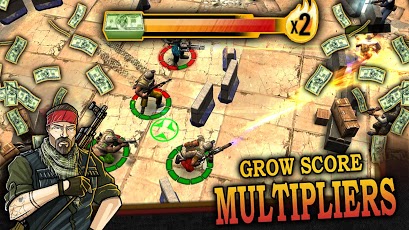