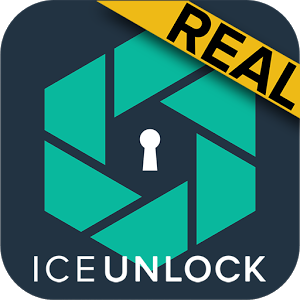 ICE Unlock is a real fingerprint lock screen that locks and unlocks your mobile device securely.

Most other lock screens don’t actually use biometrics to unlock your device. They are just for fun. ICE Unlock is a true biometric lock screen solution.

ICE Unlock is powered by ONYX HD which allows users to take a picture of their fingerprint using the existing camera. No additional hardware or scanner needed.
— NOW WITH ONYX HD —
Features: Improved image processing, increased speed, better rotation tolerance, better scale tolerance, better angle tolerance, and better roll tolerance.
Much more than an improvement to the existing acquisition and processing system, ONYX HD was engineered from the ground up to specifically address the needs of touchless, mobile-based, biometric fingerprint verification.

* NOTE: ICE Unlock requires a rear-facing camera with flash, and the camera has to be able to focus on your finger. Many devices that do not focus on close objects do not work with ICE Unlock, and are marked not compatible.

ICE Unlock places the power of identity control back where it belongs — in the hands of the consumer. Pictures of your finger are turned into a template using our proprietary process and then the picture is immediately destroyed. Moreover, fingerprint templates are not transmitted to DFT or any other entity (government or otherwise). The template is stored only within the secure storage area of your device, meaning it can only be accessed by ICE Unlock. The data stored on your device cannot be used to reverse-engineer your fingerprint.

Quote from Tom’s Guide: “Bitdefender’s Clueful app, which rates the privacy risks of apps installed to your phone, gives ICE Unlock a “low risk” application, which means it has far less access to your phone’s functions than apps such as Facebook or Twitter.”

USING THE APP – The user places their finger into the rear facing camera field of view. Then the user takes a picture by tapping the screen and ICE (Identity Control Essentials) UNLOCK processes and matches the image and unlocks the device.

TOUCHLESS FINGERPRINT AUTHENTICATION JUST WORKS BETTER!
Touch-based sensors, like the one on the iPhone 5s, aren’t as accurate, are subject to wear and tear, and have a tendency to distort your fingerprint due to the pressure applied. The touchless ONYX technology used in ICE Unlock can provide higher levels of accuracy than required by the U. S. Federal Bureau of Investigation.

ICE Unlock – THE FIRST MOBILE APP BUILT ON THE ONYX HD AUTHENTICATION ENGINE.
The ONYX HD Engine is what does all of the behind the scenes processing, encoding, and matching for ICE Unlock. ONYX HD is designed to run mobile touchless fingerprint authentication on Android, iPhone/iPad, and Windows mobile devices to bring biometric security to enterprises. ONYX HD shows its flexibility by also powering applications like ICE Unlock.

– If you are requesting support please include the model of your mobile device.

* ICE Unlock currently has some known workarounds due to the way android devices handle lock screens . ICE Unlock is not intended to be used as a sole source of security. If you require an extremely high level of security we recommend you additionally implement other security measures such as the pin, pattern, voice, or facial recognition lock screens native to the android operating system.

*ICE Unlock requires users running Android versions 4.1.2 and lower to select a “Lock Screen” setting other than “None”.
To learn more about ICE Unlock, please go to http://www.diamondfortress.com/the-app.
For more information about ONYX, see http://diamondfortress.com. 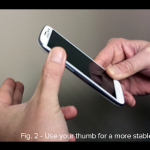 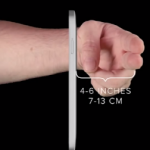 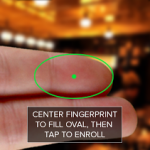 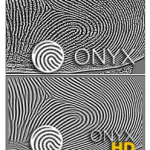