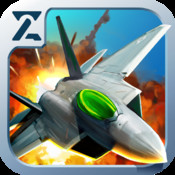 MetalStorm: Aces is the next generation of real-time multiplayer online air combat, featuring the most robust multiplayer experience available on iOS. We’re thrilled to announce that we have expanded Versus Mode and now offer 2v2 dogfighting with Friends or via Auto-Match!

Other features include a fleet of modern jets, cutting edge 3D graphics, exotic environments, and wickedly clever enemy Aces. Brace yourself for a bleeding-edge, intense jet-fighting experience like no other as you join 10 million players from around the world in the most exciting air combat game yet!

“MetalStorm: Aces is a worthy addition to any air combat fan’s library.” – Slide to Play

– Campaign: Battle hostile enemy Aces as you complete 60 Missions across 15 Campaigns! This elite group of rogue fighter pilots betrayed Alpha Squad, and it’s up to you to bring them to justice!

– Versus: Face off against friends and enemies alike in fast paced, one-on-one or two-on-two, aerial combat!

– Survival: Put your piloting skills to the test as you prevail against endless waves of enemy attacks!

– Action-Packed Dogfighting: Command the skies and unleash your inner Ace as you obliterate enemies in this adrenaline pumped adventure.

– Polished, Modern Aircraft: Choose from a fleet of sleek warplanes and customize them to peak performance.

– Advanced 3D Graphics: The world of MetalStorm exists across vibrant landscapes. Immerse yourself in cityscapes, tropical islands, and more!

IMPORTANT NOTE
· MetalStorm: Aces is entirely free. However, some items in the game can be purchased with real money.
· A network connection is required to play MetalStorm: Aces.

Have questions, issues, or suggestions? We’d love to hear from you! Visit us at: http://www.z2.com/game/metalstorm-aces 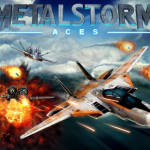 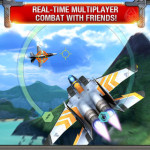 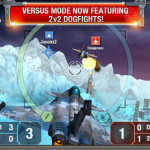 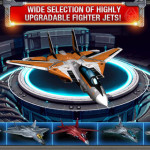 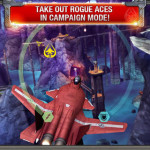 – Three New Planes – For each of Ichabod’s missions that you complete with 3 stars, you’ll win a FREE new plane!

– First Win of the Day – We’re giving you bonus rewards for the first win you earn every day, either in 1v1, 2v2, or by earning a new star in a Campaign Mission!