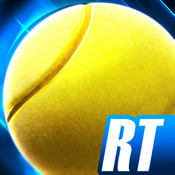 This game is now entirely free to download and play, without any additional in-app purchases. Please note the present update includes advertising banners in menus and loading screens. If you already own the paid version of this game, you don’t need to update it and your game will remain ad free.

On the heels of the award-winning Real Football and Let’s Golf, Gameloft now releases the best 3D tennis game on iPhone/iPod touch!
Live the life of a professional player on a world tour where the only goal is to become number one!

• 8 players entirely modeled in highly detailed 3D graphics.
• From Paris to New York or Stockholm, play in 7 stadiums on 3 different surfaces – clay, grass and synthetic – each providing a different experience.
• Local Wi-Fi Multiplayer to challenge your friends in real time!
• Controls making the most of the iPhone/iPod touch features with additional touch controls available with the last update!
• Serve by tilting your iPhone!
• A wide array of strokes for a deeper experience: Lob, drop shot, smash and more.
• A Career mode that lets you join a tennis tour just like a real professional player.

Recommended for fans of arcade and simulation sports games.

Published and distributed by Gameloft. 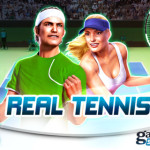 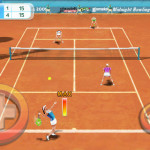 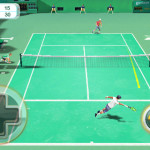 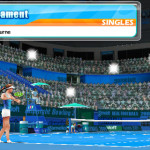