From the producer of critically-acclaimed Zombie adventure game “Zombies…OMG!”

Highly addictive, visually stunning, FREE Role-playing&Strategy game that immerse you in countless goals and adventure where you battle and tame 100+ monsters.

WHAT PEOPLE ARE SAYING
“…Monster Mania is one surprisingly cool RPG Game. It’s more than meets the eye compared with other common Zombie/Mummy adventure games.I’d say it’s definitely worth a look.”
★★★★★“Love the innovative battle system and the equipment system.And those cute dragons and other beasts in the game.”
★★★★★“This game is really addictive and fun. As a Zombie and pet game genre fan, I’m excited to be able to train so many fantastic monsters.”
★★★★★“Really great game! Intuitive battle and equipment system, as well as various trading, keep it entertaining to an enormous scale. There’s a whole bunch of things to keep it entertaining like battle, equipment,skill,trading,and other stuff!”

FEATURES
★Hundreds of fantastic Monsters to battle and tame.
★Interactive battles on the go with Equipment&Skill control optimized for touch screen.
★Countless hours of gameplay with An epic adventure plot spanning 8 region levels.

TIPS FROM OTHER USERS
★ “My best advice is train high quality monsters to at least the super-rare class. High quality monster’s growth is much better and will boost your combat strength. Plus, upgrade equipments as soon as possible,don’t save your coins for boss fight,they are FREE to earn anyway.”Disclosures
Networking.Monster Mania is an online social game, you need internet to play with your friends.
In-App Purchases.Monster Mania is free to download and play, but contains in-app purchases that cost real money. 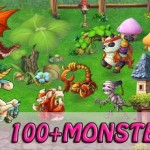 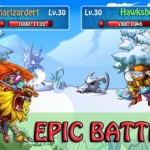 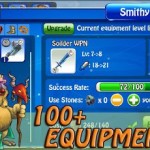 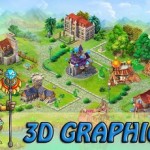