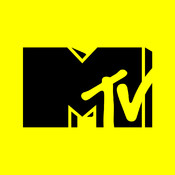 The MTV WatchWith app has been rebuilt from the ground up to bring the ultimate MTV video experience:

FULL EPISODES
• Watch MTV shows from your favorite Apple device. Just sign in with your TV provider to watch recent episodes from select MTV series anytime and anywhere. Access is included with your TV subscription to participating providers. If your provider isn’t listed, don’t panic. We are working hard to get all TV providers to participate.

MORE VIDEO
• You won’t need to sign in to watch tons of other great video from MTV shows, including sneak peeks, after shows, bonus clips and exclusive, original content from your favorite MTV series including Catfish, Awkward, Teen Wolf, Teen Mom 2, Ridiculousness, Real World, Nikki and Sara and more!
• Get all the additional video MTV creates in one place – the latest in pop culture news and info from MTV News, fashion with MTV Style, go behind the scenes of the blockbuster movies with MTV Movies, get your comics and games geek on with MTV Geek, stay in tune with big name and emerging music artists with MTV Hive and much more!
• Watch funny, sometimes outrageous, exclusive, digital original series from MTV Other.
• Follow coverage of the MTV Video Music Awards, the MTV Movie Awards, summer music festivals and more.

VIEWING COMPANION
• Enjoy an enhanced viewing companion experience designed specifically to use while you’re watching your favorite MTV primetime series during each weeks’ premiere episode!
• Get photos, take polls and quizzes, read behind-the-scenes facts, get insider info, discover the songs from MTV shows and more.
• Check out show-specific Twitter feeds with the best, most relevant tweets – including the cast – and tweet directly from the app.
• Chat with your friends through Facebook chat. 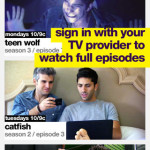 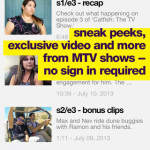 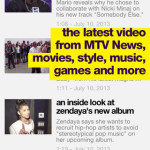 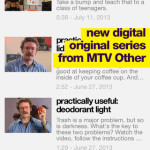 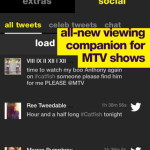