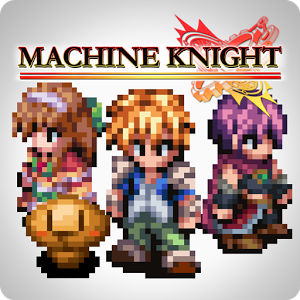 For the world, and for its sin, a young man meets betrayal and friendship beyond the “gate”!
An authentic free-to-play RPG!* This game features some IAP content, such as powerful items and extra dungeons. While they require additional fees, you can play through the end of the game without it.Story

Through the excesses of science, a “black sun” was created, leading to energy shortages. The world faced a certain doom.
After tremendous effort, scientists discovered a chance to save their world by acquiring an unknown energy source in another world beyond the “gate.”
The mission to research the new world fell to a young scientist named Frain, in Schutzheim. He threw his body into the “gate” alone.
The other world was filled with nature and mystery, things he had never seen.
But what really awaited him was treachery and betrayal, by his own world.
People were trampled by machine soldiers, chasers were everywhere, and monsters stood in every avenue of escape…
Despite these hardships, though, he found new companions who trusted and supported him.
Another-world adventure fantasy RPG on an overwhelming scale!

Adventure and deception, stretching into another world!

For the sake of his world, a young man named Frain traveled to another. However he was betrayed by his own people.
Threatened by his own world, oppressed in the new world where he was trapped, lonely and hurt. But two heroines reached out their hands to this young man, and the story went on.
What’s is the truth behind the betrayal? Can Frain return to his world? What will happen between Frain and the two heroines?
The adventure of betrayal and friendship will start, with great feeling and deception.

Dot art work in expressive characters and monsters give the game a warm atmosphere.
Another world beyond the “gate” is colored with dot art work.

This game system is filled with challenging elements, including the “Machina Board” system through which you can learn various jobs and skills, creating weapons by collecting materials, playing various sub quests, and challenging extra dungeons, as well as the main story!

Who will you choose between the two heroines?

Bell and Aulin are the two heroines who reach out their hands to the young man Frain.
The generous sister Bell and the cheerful, spirited Aulin.
During the adventure, these two heroines show their different personalities.
Which one will you choose?

[EULA]
Your use of the application constitutes your acceptance of the following EULA:
http://kemco.jp/eula/eula_EN.html 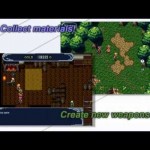 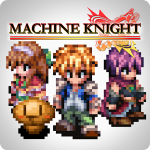 Please contact [email protected] if you discover any bugs or problems in the app. We cannot respond to bug reports left in app reviews. Please help us to support you by using the email address to contact us.
ver 1.1.9g
Changed app icon.
ver 1.1.8g
Ads is added on save screen.