What the press are saying:”one of the most entertaining mobile games I’ve played in a long time” – Indie Games Channel

“Kamikaze Attack works well. Running around without a head and with bombs for hands is far more fun than you’d think” – TouchArcade

“A fun pick up if you love the series or you’re after a quirky new distraction” – AppSpy, 4/5

“It’s a great way to obtain some laughs, or manifest anger at trying to blow up Sam Stone” – The Speed Gamers, 8.0/10

Remove your head, grab some bombs, and step into the boots of Serious Sam’s most iconic foe, the Headless Kamikaze. Dodge hazards and heavy ordinance from the cowardly Serious Sam himself as you make your way through the chaotic action in an attempt to do what you do best: blow up the vile Serious Sam.

**Serious Sam: Kamikaze Attack! FREE contains 4 levels from the full game with the option to unlock the full game by either paying for it or unlocking it FOR FREE!

Features in the full game:

Mobile Kamikaze Action – Direct your kamikaze horde toward certain death in more than 40 levels of mobile action. Either fall at the hands of Serious Sam’s bombs and rockets or go out in an honorable blaze of glory in the service of Lord Mental.

Super Sleek Art – Colorful hand-drawn artwork distracts you from the underlying truth: your little kamikaze friend is destined to die in a horribly violent explosion. Cartoon dismemberment has never been so pretty.

Savage Bonus Modes – Take a shot at kamikaze immortality by posting a top score on one of the endless bonus levels like Complete Chaos and Frog Punt.

Social Media Integration – Spam your friends’ Facebook feeds with your high scores, people love when you do that. Trust us.

Sweet Juicy Credits – A list of credits for the game featuring first and last names. Boosh! 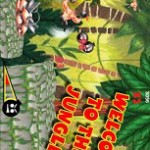 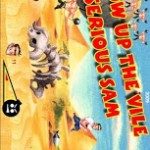 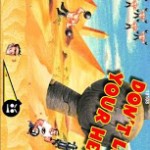 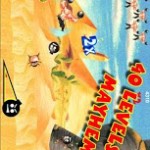 Fixed a glitch in the matrix (tapjoy integration)