The virtual zombiepocalypse is here!The Rolling Dead is unlike any augmented reality game you’ve ever played. Using Sphero as a fireball-shooting warrior, you must battle against virtual zombies as they spawn out of the ground. Shoot them with fireballs, collect flaming power ups, and roll away to stay alive. The best part is you can play wherever you want. In this exciting twist on the zombie craze, the world becomes a video game and you choose the surroundings.

IMPORTANT: YOU NEED A SPHERO ROBOTIC BALL TO USE THIS APP.
DON’T HAVE A SPHERO? VISIT GOSPHERO.COM TO LEARN MORE.

• Destroy endless hordes of creepy zombies using the power of augmented reality.
• Look through the camera on your device, find Sphero, and see the mayhem unfold before your eyes.
• Play anywhere and watch zombies spawn right out of the ground.
• Gain zombie-destroying ammo simply by driving Sphero around.
• Set zombies on fire as quickly as possible before being eaten.
• Gain a fiery power-up that turns Sphero into a flaming ball for maximum zombie destroying potential. 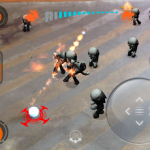 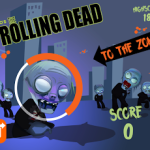 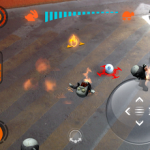 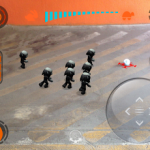 • Full screen video is now supported on devices where the video stream did not fill the screen
• Fixes crash when no Sphero is paired to the device
• Fixes crash during camera initialization on some devices (HTC One, HTC One X, Galaxy Note 10.1, and others)
Note: To those asking for Nexus 7 tablet support. We would love to support that particular device once it comes equipped with a rear facing camera.

GAROU: MARK OF THE WOLVES