City of Secrets 2: Episode 1 is the sequel to the original game, appreciated worldwide by gamers and reviewers, the game that successfully refreshed the classic adventure game genre, conveying it to the touchscreen devices.Simple, intuitive controls, designed for touchscreen devices.
Carefully designed, hand-drawn backgrounds.
All dialog lines voiced.
Two difficulty settings, for both the experienced and beginner players.
A challenging adventure enriched by logical challenges.

Usually, a dangerous and perilous adventure hides behind a completely innocent beginning. A beginning that doesn’t mention anything about a giant worm, dangerous cooking recipes, the common people fighting the oppressive regime, rebelling workers and trade unions. Nor does it mention a strange salesman that forgoes the career of a dark god to start his own fish stand business. An innocent beginning doesn’t say anything that could be linked to words like danger, trouble or threat. It’s just the way with all those adventures, it seems they have nothing better to do than just render a man’s… animal’s… mole’s… life unpleasant.

Moles the Mole, a not-so-bright and nice hero, but a hero nonetheless, will have the questionable opportunity to discover what fate has in store for him. One night, closer to morning than evening, Moles has been brutally awakened by scary noises. Fear tightened it’s icy grip on Moles’ heart and just when our hero was about to execute a tactical withdrawal, the mystery solved itself – with a terrifying series of noises, our hero’s most impressive muscle was demanding a night snack.

Unfortunately, the problem with adventure games is that nothing’s ever easy in them. The fridge is empty, the designer didn’t draw a larder and the writer already had an idea how to complicate the hero’s life. Now that’s an innocent beginning, if I’ve ever seen one. And you know what’s the usual deal with those innocent beginnings.

City of Secrets 2 has been divided into 4 closely-tied episodes. Next episodes coming soon! At least… we hope so. 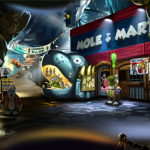 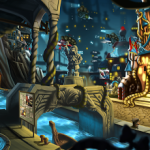 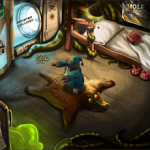 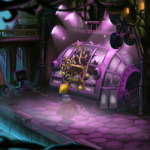