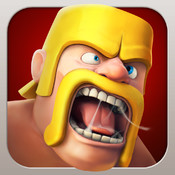 Lead your clan to victory! Clash of Clans is an epic combat strategy game. Build your village, train your troops and battle with thousands of other players online!

PLEASE NOTE! Clash of Clans is completely free to play, however some game items can also be purchased for real money. If you don’t wan’t to use this feature, please disable in-app purchases in your device’s settings.

Clash of Clans is an addictive mixture of strategic planning and competitive fast-paced combats. Raise an army of Barbarians, War Wizards, Dragons and other mighty fighters. Join a clan of players and rise through the ranks, or create your own Clan to contest ownership of the Realm. Driving back the goblins is just the first step – your quest isn’t over until your clan reigns supreme over all others!

= FEATURES =
– FREE TO PLAY
– Build your village into a undefeatable fortress
– Battle with players worldwide and take their Victory Points
– Join together with other players to form the ultimate Clan
– 14 unique units with multiple levels of upgrades
– Defend your village with Cannons, Towers, Mortars, Bombs, Traps and Walls
– Fight against the Goblin King in an epic campaign through the realm

Having any problems? Any suggestions? We would love to hear from you! You can reach us at support at [email protected]

Note: A network connection is required to play 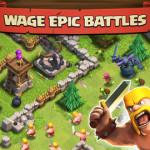 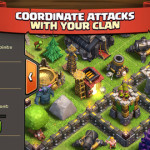 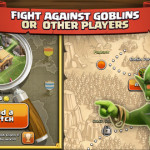 Advanced Warfare
– Crush your enemies with P.E.K.K.A level 4
– Upgrade the Cannon to level 12 for awesome firepower
– Make your village perimeter near-impenetrable with level 11 Walls
– Clear your airspace with an additional Air Bomb and a Seeking Air Mine
– Turn on the heat with a second Inferno Tower
– Turn your foes into pincushions with a third X-Bow
– Upgrade your Army Camps to level 8, and muster a truly epic fighting force!