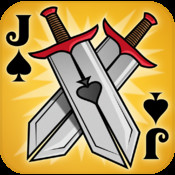 Description
The Joker is back for revenge – and only YOU have the power to stop his destruction. Lead Captain Black Jack on an epic card battling journey to save the four card realms. Suits and Swords is more than a blackjack card game – it’s the elements of a role playing game combined with the strategy of blackjack creating an adventure that’ll have you addicted after your first battle. Suit up, double down, and join the fight!

● Save the Four Card Realms: Travel through a rich and intriguing story of a world gone amiss and a hero who must do all he can to find the Joker. Fight through four lands – the Heart Union, Diamond Empire, Club Kingdom, and Spade Nation – and free the lands from the Joker’s curse.

● Arm for Battle: Unlock and equip weapons, armor, magic and more to fight your way to the Joker. Each item comes stacked with varying RPG stats that help bolster the powers of Black Jack and his abilities.

● Become a Blackjack Master: Battle your enemies using the rules and strategy of blackjack. Fight over 100 battles across the four realms to save the kingdom.

● Explore the World: Uncover the story of the Joker and find hidden items as you progress. Conquer game achievements and unlock side quests for an added challenge.

We want your feedback! If you have issues, questions, or comments please email us at [email protected] We want to hear directly from you! 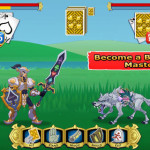 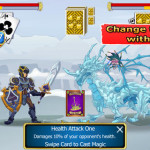 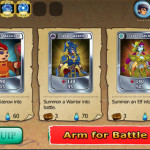 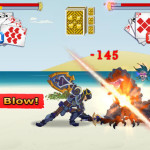 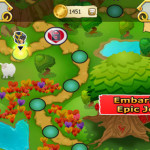