#Smash some zombies and save the world!#
#The best TowerDefense game out there!#The “GotchaWarriors” are special warriors from all over the world and they are at your disposal. Use them to protect the city from the crazy doctor bent on world domination.

***Story***
It is up to you! You are the hero!
Your enemy is Dr. Strange Love. He is using an army of modified zombies to take over your town, and then take over the world. You are the only one who can stop him. You are in command of an army of your own. Your army is made up of special warriors from all over the world. You must expand and enhance your army to halt the doctor’s plans.

***Gameplay***
Build your army by collecting warriors.
There are over 100 different warriors to use. From Military personnel to samurai and ninjas. Find them, recruit them, and enhance them and make your army strong enough to crush the doctor and his plans.
You’ll need a big army to stop the doctor’s zombie hoard, but numbers alone will not be enough. You’ll need to enhance your army by combining two or more soldiers to create a super soldier. There are four levels for each super soldier.
Fight the approaching zombie hoard. Only you can defeat the crazy doctor with your army of super soldiers. Choose your warriors, place them on the battlefield in the city and let them fight. Target zombies with a tap of the finger. Remember pick your warriors carefully, as you cannot change mid-battle. Only you and your band of warriors stand between the doctor and his plans for world domination.
Squash the undead army. As you kill zombies and win battles you can gather items and gems. This can be used to strengthen your army, by finding more warriors or by combining and enhancing your current army.
Smash the zombie hoard with various special attacks.
Your units have many special attacks you can choose from. Cut, shoot, blow up and kick the zombies into submission. Take out your stress on the zombies, and live happily ever after…
(THE)ONEofTHEM,Inc. All Rights Reserved. 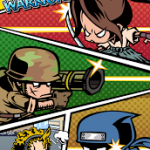 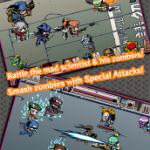 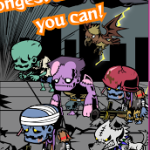 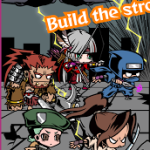 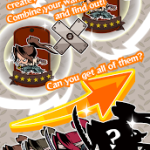