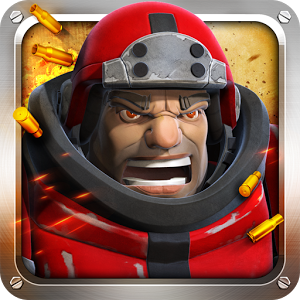 LIMITED TIME OFFER! Get 50% more Crystals when you download the game today! Don’t miss out on these FREE bonus Crystals to quickly build your forces and claim victory over your enemies!Atten-TION! Battle Command! is a futuristic military strategy game for phones and tablets! Take command of a rag-tag fighting force with potential, but in desperate need of your leadership. Build your base, raise your army and go to war against other players in an epic quest for domination. Do you have the skills to become the world’s next great commander?

***Other features and fun things about Battle Command!***
• Easy to learn, but offers deep strategic gameplay as you level up
• Fight other players in PvP mode, play the single player story campaign or spar your own base to test your defenses
• Watch and learn how to build stronger defenses through battle replays
• Forge an alliance with friends to donate troops and boost reach other’s resource production
• Over 20 different units to unlock and send into battle
• Breathtaking graphics and audio that puts you on the battlefield
• Optimized for phones and tablets
• Sign in with your Google account to play across all your devices
You may have tried a number of these games, here’s just a few things that make Battle Command! unique:
• Set in a fun, futuristic military world
• A tiny download will get you playing faster than any other combat strategy game out there
• Friends help you get more resources and build upgrades faster
• Battle with a wide variety infantry, vehicles and aircraft – and you’ll have a lot of fun calling in airstrikes on your opponents
• Another great game from award winning developer Spacetime Games! 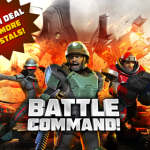 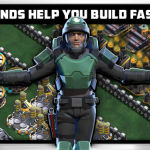 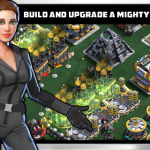 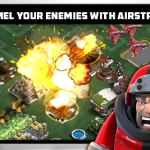 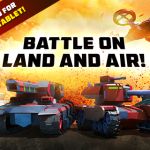 * Battle on land and air with more than 20 different units including tanks, helicopters, and mechanized battle suits!
* Call in air strikes to take out enemy defenses
* Fight your way to the top of leaderboards in six different categories
* Join Alliances to get troops and boosts from your allies
* Optimized for play on phones and tablets