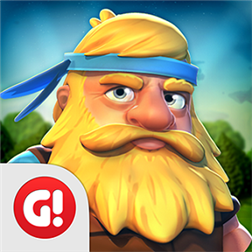 Cloud Raiders catapults action strategy to dizzying new heights! In a sky filled with floating islands, you must dominate them all. The best part? You have a five-million-ton floating island stronghold to do it! Assemble your army of ruthless raiders and transform your island into an impregnable fortress of doom! Form clans with your friends and blast your enemies out of the skies!

Key features:
★ Millions of strategies, but just one goal: Grab the other guy’s loot!
★ Form clans and fight for global dominance! Battle your way to ranked-PvP glory!
★ Charge through an epic campaign across Floating Fortresses, Pirate Rafts, and other exciting airborne battles!
★ Pit your army against legendary bosses and pirate overlords! Rumor has it giant golems roam the cloud forests, but those are just tall-tales… right?
★ Summon powerful new units every week to fight by your side!
★ Protect your base with powerful cannons, cunning traps and other fortifications! Rally your troops from their bunkers to meet your attackers head on!
★ Unlock the full potential of your warriors, spells and heroes by upgrading them in the laboratory!
★ Brew your own buffs to get an edge on the battlefield! Just don’t let your bombardiers near the brewery… that’s an accident just waiting to happen!
★ Call in devastating cannon salvos from your Battle Carrier! Unlock new ammo upgrades to obliterate your opponents! 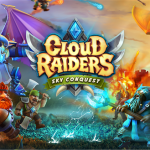 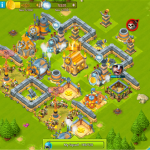 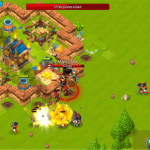 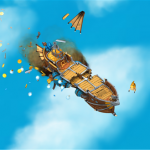 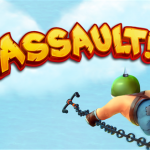 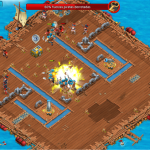