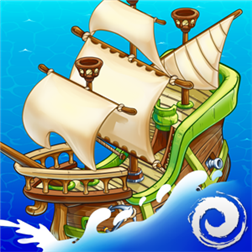 Ahoy, Captain! Embark on an epic pirate adventure to rule the untamed waters!
Create a seafaring, swashbuckling empire in Pirates of Everseas! Develop your city, construct ships, explore the open sea, and battle enemies in this exciting strategy game!
BUILD A POWERFUL CITY
Manage your resources to design and build a thriving city. Use strategy to expand your city as you collect loot.
DEVELOP AN UNSTOPPABLE NAVY
Customize your pirate ships with loads of weapons! Build multiple fleets and upgrade them for more might in battle.
RAID FOR RESOURCES
Plan your strategy and attack rival islands and ships to obtain goods, treasures, and weapons. Battle sea monsters and explore shipwrecks for even more booty.
FORGE BATTLE ALLIANCES
For strength in numbers, join or lead other players. Build your power over the oceans through battles and strategy!
Raise your black flag and rule the seas!
———————————————
Pirates of Everseas is a free-to-play strategy city-builder, but you can choose to pay real money for some extra items, which will charge your account. You can disable in-app purchasing by adjusting your device settings. 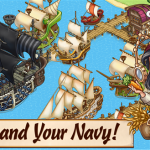 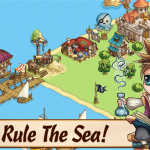 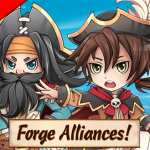 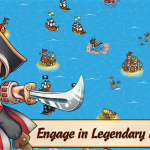 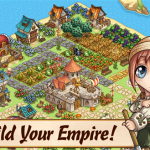