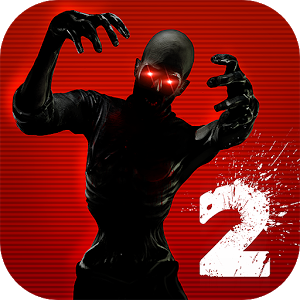 Tear through wave after wave of the walking dead as you fight for your life in an industrial playground filled with deadly traps and deadlier enemies. An intense top down survival shooter, bringing console quality graphics to your mobile device.

Featuring a Strategic Spending System, survival is based not just on your skills but also the decisions you’ll make about how to spend the precious Z-Bucks earnt from each kill. Making the wrong decision between more ammo now or a better weapon later could mean life or death.

Team up with friends or strangers in 2-4 multiplayer and apply Mods to change the experience and give yourself the edge. Did somebody say Ice Bullets?
How long can you survive the zombie onslaught?

Yes that’s right! You can fight the zombie horde alone or join forces and take on the bloodthirsty masses with up to 3 other players in co-op mode.
KEY FEATURES

CONSOLE QUALITY GRAPHICS
Advanced lighting and shaders bring you a dark and gritty version of the zombie apocalypse
INTENSE ARCADE SURVIVAL
How long will you survive against endless waves of the undead?
2-4 PLAYER CO-OP MULTIPLAYER
Team up with your friends to fight the zombie horde together.

EXPLORE AN EXPANSIVE, DANGEROUS ENVIRONMENT
Unlock new areas of the map and use environmental traps to survive
STRATEGIC SPENDING SYSTEM
Will you choose to buy more ammo for your pistol, unlock the door to the next area or save your Z-bucks to buy the rocket launcher? Better decide fast, the horde is right behind you!
MODS LET YOU PLAY IT YOUR WAY
Unlock and equip special modifiers such as Double Damage, Ice Bullets, Healing and more to change the way you play the game
CUSTOMISE YOUR CHARACTER WITH A HUGE RANGE OF COSTUMES
Just because its the end of the world doesn’t mean you can’t fight the undead as a dinosaur. Or in scuba gear.
OPTIMISED FOR TEGRA 4
Showcase the power of your NVIDIA Tegra 4 device (such as the NVIDIA Shield) with Dead on Arrival 2
The sequel to Dead on Arrival brings new graphics, new zombies, new battlegrounds and new upgradeable weapons.
Keep pulling that trigger and see how long you can survive.
————————————————————————————————————————————————————–
WHAT THE FANS ARE SAYING:
* Leonid Litovski on Sep 2013
Neck deep in Trouble! No zombie disco balls, and sofa etc… While waiting an update, we got a new game, and wooohooo it was worth it… First game was fun. Triple it for the part 2.
* Ben Boase on Sep 2013
First class Great gameplay mechanic. Wonderfully ghastly graphics. Deliciously difficult. Love it.
>>>>>>>>>>>>>>>>>>>>>>>
What the fans said about Dead on Arrival (the original game we released 2 years ago):
* Everton Junior on Jul 6, 2013 at 8:26 PM
Best game ever !!!!!!!!!! Reminds me of Call Of Duty Zombies. U guys added a mystery box, all kinds of perks. I like really kool
* mircea raetchi on Jun 14, 2013 at 7:16 AM
Awesome I love the fact that you really feel scared when playing this game. By the time you get to wave 15 you know that the only thing you can do is barricade yourself in a dark room and, well, die
* Leonid Litovski on Jun 6, 2013 at 11:18 AM
If you want cold blooded murderous run gun, you got it! 5 stars from meeaaarrrggghhhh… insanity never ends even when turned off you will wake in screams of terror from ones you slayed… kinda… lol
_____________________________________________________________________________________________
NOTE: If you have trouble loading the game or get an .obb error, please reboot your device and try again. You can also try uninstalling and reinstalling the game.
We are also working to resolve loading issues with certain chipsets like the Snapdragon 800 (LG G2, Xperia Z etc). 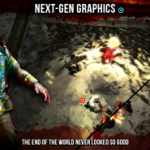 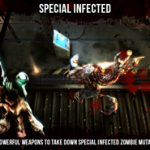 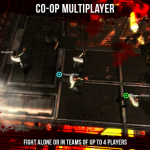 – fixed “Black Screen” loading issue
(also, if you get a black screen on loading, pls reboot your device)
– Tutorial tweaks
– Tegra 2 and 3 automatic detection
– Login tweaks
– Trap bonuses
– Small tweaks and fixes
Note: Nexus 7 users – we are seeing some users unable to create an account, but most are able to log in without issue. Please reboot your device and retry.