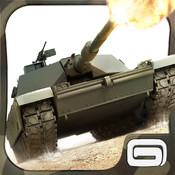 LOCK AND LOAD! Our nation is under attack from an evil alliance of highly trained forces known as the KRA. As the leader of the free world, YOU have to stand and fight. Build your military base, train your army, and battle against or ally with players from all over the world online in order to defeat the enemy for good!

World at Arms is the new ground-breaking social game by Gameloft!

– Enjoy the most beautiful war simulation on smartphone with outstanding graphics & animations, plus extra-realistic units & buildings.
– Engage in innovative, strategic and breathtaking battles across the globe, in the air and on the ground (desert, urban and snow), and unleash deadly power-ups to crush your enemy before he crushes you!
– Manage an extensive economy: Collect resources, build and develop a wide variety of units and buildings & upgrade your base to become the top superpower.
– Immerse yourself in a long, rich and dynamic campaign with more than 75 missions to complete!
– Take action and attack any player in the world, loot them for bonuses and climb up the leaderboards!
– Connect with your friends through Facebook or Gameloft LIVE! and borrow their units during battle to defeat tough enemies.
– Unlock loads of achievements! 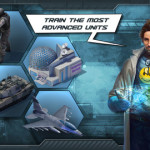 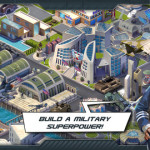 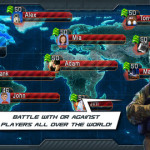 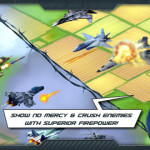 FUSION HAS IMPROVED
√ You can now fuse units with power-ups to create more powerful units!
√ You can now combine level-3 units together to produce super-powerful level-4 units

3 NEW BUILDINGS
√ Fusion Center: You can now fuse all types of units directly from this building
√ Bomb Shelter: Take cover and protect yourself from attacks
√ TypeX: This powerful cannon can repel almost any enemy attack

OTHER IMPROVEMENTS
√ The Spec Ops building is now more visible on the map
√ New players are automatically protected for 5 days!
√ Minor bug fixes