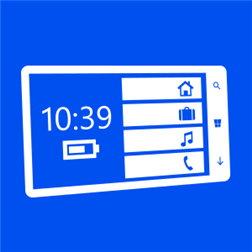 Car Starter is a Windows Phone 8 dashboard application for the commuter!

Features:
* Large touch-friendly interface
* Store 2 frequent destinations, with the press of a button launch a navigation app that will route you to your saved destination
* Store up to 6 frequently used contacts
* Play music from an artist or album on your phone’s music library using voice commands
* Buttons to quickly navigate you to WiFi, Cellular or Bluetooth settings menus
* Program an NFC tag to launch the app

Please note: This app is not capable of controlling other music playing apps (Pandora, Spotify) it can only control music that was initiated through the built-in Xbox music app.