THIS APP DOES NOT COME WITH ROMS
– You must have the right to a given ROM before you play it!This is a public preview release of Dolphin the Gamecube and Wii emulator for Android.This is currently in early beta testing, expect slow speeds, graphical glitches, and a myriad of problems with it.If you’re expecting reasonable speeds out of this, you are sorely mistaken. This will run slow on every single Android device, no matter if it is the most powerful one in the world.Once we port our OpenGL plugin over, and you use a OpenGL ES 3 capable phone, this will improve a bit.

http://wiibrew.org/ has a bunch of free homebrew applications to try out.

One I particularly like to use is Starfield
http://sonicadvance11.dyndns.org/starfield.dol

Some caveats
– It will crash. Alot.
– Rotations don’t work well or at all.
– There isn’t /any/ input
– It might need to be force closed and ran multiple times to work.
– It renders video with the CPU entirely with our VideoSoftware backend.

Pros of this, is it will run on almost any hardware. Some limitations are
– Phones that support OpenGL ES 2 (99.8% of the Android Market)
– Phones that have at least 1Gb of RAM

This app is licensed by the GNU GPL v2, and the full source code is available through the public GIT repository at https://code.google.com/p/dolphin-emu/ 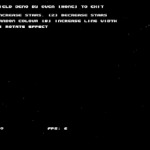 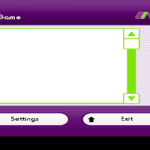