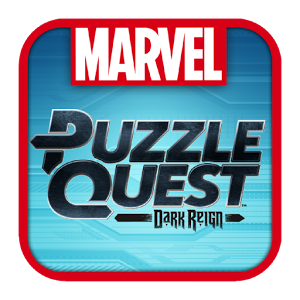 Assemble a team of Marvel’s biggest super heroes and villains and battle with Puzzle Quest’s trademark match-3 and story-telling gameplay in a game that combines favorite Marvel characters with a deep RPG leveling, player vs. player, character upgrades, and more.
In the wake of the Iso-8 Outbreak, the super hero community struggles to recover. Taking advantage of the chaos, super villains take control of National Security. Dark Reign follows these events that twist the destinies of both the heroes and villains of the Marvel Universe forever.
Features
TWO AWESOME WORLDS UNITE
Marvel’s biggest heroes and villains join forces with Puzzle Quest, the award winning match-3 puzzle adventure franchise for an amazing new way to experience the Marvel Universe.
ASSEMBLE YOUR HEROES
With the forces of good and evil banding together to fight a greater foe, players will be able to create teams from a roster of Marvel super heroes and villains like Iron Man, Thor, and Venom.
UNMATCHED STRATEGY AND DEPTH
Head into battle with fast, tactical reaction-based gameplay, or select specific heroes whose special abilities complement each other to strategically plan each encounter.
COLLECT AND UPGRADE
Collect Comics to unlock new characters, change the various talents of the your team, or improve a character’s current abilities.
AN AUTHENTIC MARVEL EXPERIENCE
Journey across the globe in an original, epic story for the single-player campaign, written by Marvel veteran Frank Tieri (Iron Man, Wolverine, Weapon X), based on one of the most impactful events in Marvel history. 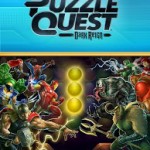 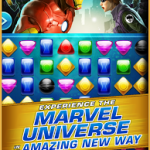 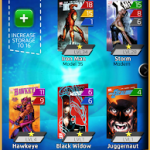 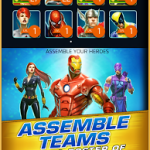 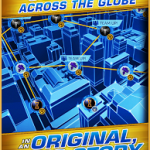