Entirely free, you can watch thousands of live music videos and interviews filmed by Moshcam on demand for your Android smartphone.The Moshcam App puts live music at your fingertips wherever you go by the world’s greatest concert performers including Slash, PJ Harvey, Hot Chip, Bullet For My Valentine, Opeth, Alexisonfire, Kaiser Chiefs, Alabama Shakes, Alice Cooper, Blondie, Gary Numan, The Kills and Paul Weller to name a few.

Now you can enjoy professionally filmed free concert videos on demand in glorious HD across every genre from Rock to Metal, Indie to Hip-Hop, with new gigs and interviews added each week as we film them. 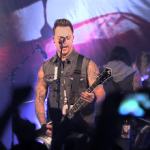 Cast To UPnP/DLNA for GMusic