GET AWESOME WITH TEAM AWESOME ON YOUR TABLET AND PHONE!! Featuring narration by videogame voice legend Jon St John!!They were just four ordinary people, stuck in four dead-end jobs – until one day a mysterious meteor crashed to earth and made everything… AWESOME! Get ready for the explosive new side-scrolling arcade game from the Edis Brothers… Team Awesome!

Get Awesome with Team Awesome!!!

Well, what are you waiting for? Time to get Awesome!! 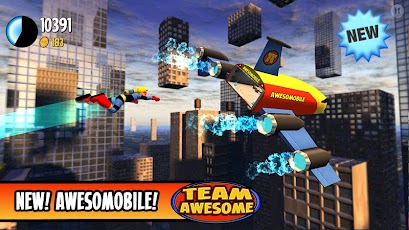 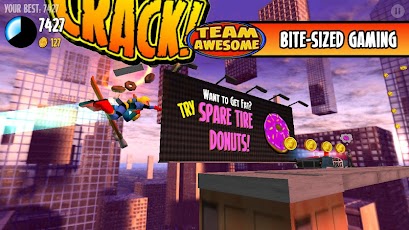 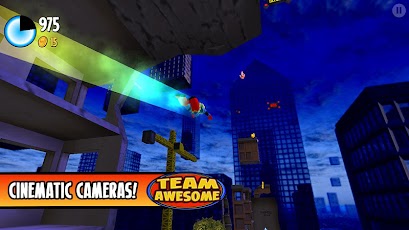 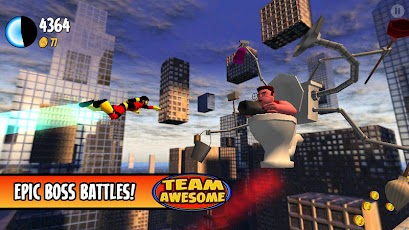 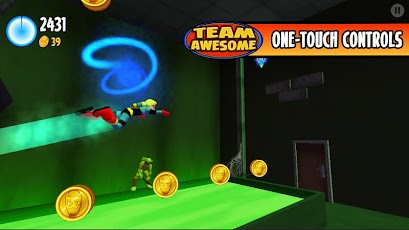 – Adjusted goals/star achievements and Awesomobile timing
– Say hello to “The Awesomobile”!
– Tablet and phone support
– Videogame voice legend Jon St John!!
– Bigger coin bonuses
– Complete episodes by reaching the Awesomobile before your Awesonium runs out
– Get to the Awesomobile to automatically unlock the next Episode
– All new win animations and rewards
– Pricing for early episode unlocks reduced
– Levelling system changed to a coin bonus system
Grab the paid version if you don’t want ads