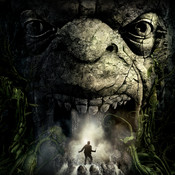 Have you got what it takes to be a hero? Begin your ascent to legendary status with JACK’S GIANT RACE, the game inspired by Warner Bros.’ and X-Men director Bryan Singer’s film JACK THE GIANT SLAYER.

A kidnapped princess awaits you at the top of a fearsome, sky-high beanstalk. Dodge falling rocks and sinister crows as you climb higher and higher into the unknown. Collect health and food along the way to steel yourself against the increasing intensity of the hazards plunging toward you.

You’ll need every ounce of strength and agility you can summon to stay alive and complete your mission. The princess – and her kingdom – is counting on you! 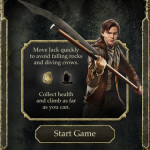