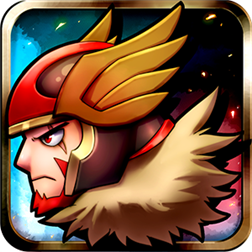 Continue your adventure throughout the worlds of Yggdrasil in this stylized tower defense interpretation of the classical Norse myths! Journey with the god of thunder, the goddess of beauty and sorcery and an intrepid valkyrie to avenge the destruction of Asgard. Put a stop to the evildoers who wish to bring the chaos of Ragnarok to the nine realms!

“The sun will go black, earth sink in the sea, heaven be stripped of its bright stars” — Gylfaginning (“The Tricking of Gylfi”), Prose Edda

The mighty Norse heroes are back in this free, action-packed sequel! After defeating the Trickster Loki (in “Thor: Lord of Storms”), Thor, Freya and Brunhilde have learned new powers and abilities – and they’re going to need them to push back Ragnarok!

The heroes must fight their way through the smoking ruins of Asgard, cross the rainbow bridge, Bifrost, and descend into Niflheim, the mysterious primordial land of ice and mist. They will face difficult odds and will confront countless enemies including dragons, the Midgard Serpent, and even a fallen Norn.

Features:
– Simple controls, deep and challenging gameplay
– Journey across new realms in pursuit of new foes
– Choose your favorite champion from Norse mythology: Thor the Thunderer, Freya the Enchantress, or Brunhilde the Valkyrie shieldmaiden.
– New powers and abilities
– Upgrade your hero to improve your stats and unlock new skills that will help you dominate the battlefield.
– Summon Odin, Eir, Tyr, and other mythical characters to aid you in battle
– Build up and upgrade your armies to defeat the harbingers of Ragnarok

Download Thor: Champions of Asgard now and help Thor, Freya, and Brynhilde deliver justice to the evil villains who wish to spread chaos and destruction across the Nine Worlds. ‘Tis hammer time!

**While this app is free, please be aware that it contains optional paid content. You can disable in-app purchases by adjusting your device settings. ** 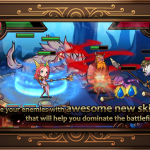 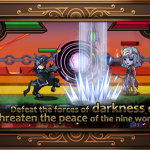 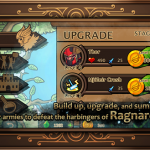 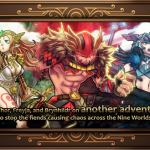