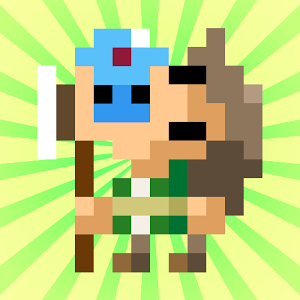 [story]
The world was on the brink of destruction.
An evil race known as humans had appeared from out of nowhere, and had the world in the palm of their hand.
Forests were burned, the skies and seas were polluted, and tyranny reigned supreme.
At this rate, the end of days is not far off.

And then, despite us having done nothing to earn their malice, they came to make war upon us.
As we did not possess any significant fighting force, it was just a matter of time before we were annihilated.

However, by complete chance, we discovered that we are able to enter their bodies and “take over” them.

It’s time for a slime counter-attack!

[summary]
This game plays like an orthodox simulation RPG.
However, you play as the slime.
And these slime can “take over” enemies and control them.

In addition, there are many types of slime, such teleporting slime, slime that raise the abilities of enemies they take over or slime that are guaranteed to take over a high level enemy.

Which slime will you use on which enemy?
And how do you take over them?
You can come up with various tactics and this becomes an important strategic element. We’ve made it somewhat difficult so you can’t win just by attacking randomly.
Your tactics are vital for success.

With its cute graphics, and gameplay that you can really sink your teeth into, we recommend that you give this tactics simulation a try.
And bring peace back to the world.
[about in-app items]
Although we have prepared special items that you can purchase with real-world currency, it’s possible to finish the game without spending a cent.
[information]
Official homepage(Japanese)
http://www.altairworks.com/

The English manual by Paul.
http://www.jadij.com/2014/10/ambition-of-slimes-mini-guide.html 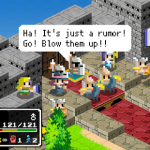 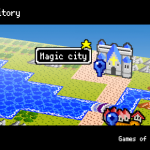 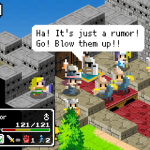 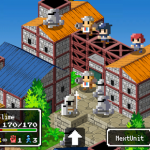 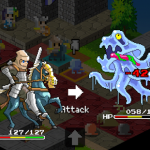 We completed all stage implementation in version 4.00!
[Update Contents]
(Ver.4.00) The final area ‘Forest of witches’ has been added.
(Ver.4.00) Add the ‘EASY level’ in all stages.
(Ver.4.01) Fix some bugs.(ex. when unclothed the enemy, an hollow slime appear and may cause freeze.)