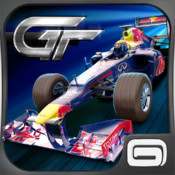 4 new cars are now available in GT Racing: Motor Academy. Update your game and access the Audi RS5, Bentley GT Speed, Citroën Survolt and the McLaren MP4-12C.
And get a daily bonus for playing the online multiplayer mode!

Experience the richest racing simulation ever released on the App Store – and the best part is it won’t cost a thing to get started right now!
Download the game for FREE and take your first steps into the huge and fascinating Career mode. Pass driving tests and win races to progress as you unlock more cars and events with in-game credits and XP. Hours of racing thrills are waiting for you now!
And for those who want to unlock everything lightning fast, you can purchase XP multipliers and credit packs directly from the game.
FULL GAME KEY FEATURES
• 31 manufacturers and 119 licensed cars to buy, drive and upgrade including the Nissan GT-R, Audi R8, top of the line Ferrari models and even the Ford Model T.
• A new and elaborate physics engine particular to each car for the most realistic driving simulation on the App Store. Master your racing skills and tune your car just right to maximize performance.
• A wide variety of tracks, from the official Mazda Raceway Laguna Seca to urban tracks, speed rings and rally tracks.
• A huge and fascinating Career mode: Pass license tests and enter to win increasingly prestigious racing events.
• Play against drivers from all over the world with local and online multiplayer for up to 6 players. Reach the top of the GT Racing: Motor Academy leaderboards.

Developed and published by Gameloft

Certain apps allow you to purchase virtual items within the app and may contain third party advertisements that may redirect you to a third party site. 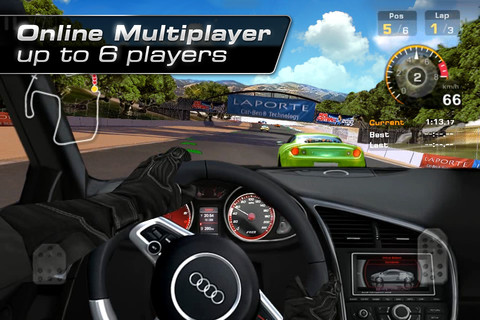 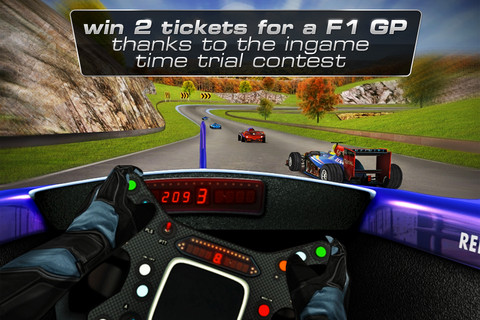 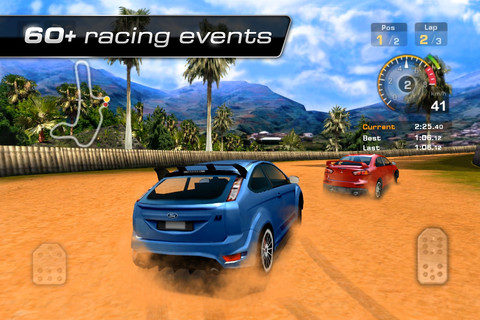 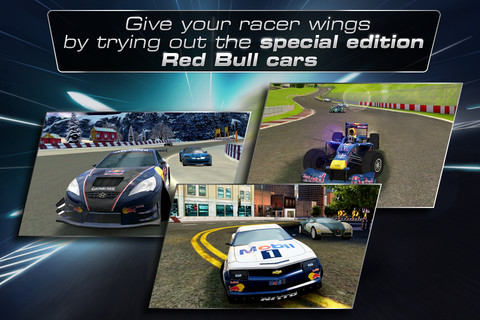 Win a trip to the F1 Grand Prix with GT Racing and Red Bull! Give your racer wings in this new update by trying out the special edition Red Bull cars and enter the multiplayer competition for a chance to win!

– 3 new cars: The F1 RB8, Camaro SS Red Bull Edition and the Hyundai Genesis Coupe Red Bull Edition
– Enter the special Time Trial and put your best time against those of other players. If yours is the fastest, you’ll win 2 VIP tickets to the F1 Grand Prix!
– Multiple new racing events
– Technical improvements and bug fixes